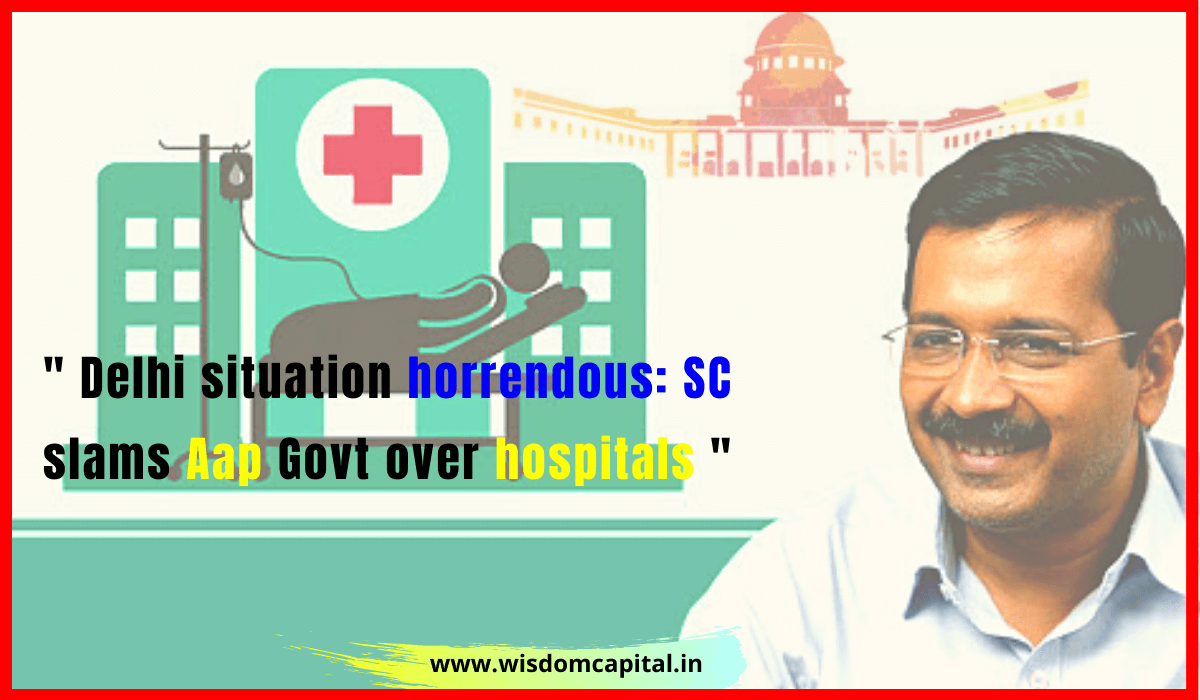 Coronavirus patients are being treated “worse than animals” in Delhi, the Supreme Court today said as it called the situation in the city “horrendous, horrific and pathetic”, amid a spurt in Covid-19 cases.

Slamming the fall in testing in Delhi, the apex court asked the Arvind Kejriwal government:”Why has your testing gone down from 7,000 to 5,000 a day when Chennai and Mumbai have increased their testing from 16,000 to 17,000?”.

Requests for Covid-19 tests cannot be refused, the court said, while adding that the “process can be simplified so that more and more tests are done”.

Citing media reports on how bodies lie in hospitals stacked against each other, the top court said lack of beds in hospitals was worrying.

Besides the national capital, the situation is “grim” in Maharashtra, Tamil Nadu and West Bengal, the court said, seeking response from the four states and the Centre as it took suo motu cognizance of reports of improper handling of coronavirus patients and disposal of bodies in the country.

“COVID-19 patients are treated worse than animals. In one case, a body was found in the garbage. Patients are dying and nobody is there to even attend to them,” the Supreme Court said on Friday afternoon.

The top court added that the handling of dead bodies reflected a sorry state of affairs and in many cases, patients’ families aren’t even informed about deaths and haven’t been able to attend the last rites too in some cases.

The court also pointed out that patients are running from pillar to post to get admitted while large numbers of beds are vacant. “According to some reports, a government hospital in Delhi had bodies in lobby and waiting area. Inside the ward, most beds were unoccupied,” the court said.

In another major ruling, the Supreme Court has given a big relief to employers, private companies and factories and so on and said the Centre cannot coerce them to pay full wages to workers during the lockdown period.

The apex court bench of Justices Ashok Bhushan, SK Kaul and MR Shah gave the Union government four weeks to reply on the legality of its March 29 notification in which the Union Ministry of Home Affairs made it mandatory for employers to pay full wages to workers.

As employers argued in court that they do not have the financial capacity to pay full salaries to workers for the period of the shutdown when they saw no business, the court asked the central government to reply.

The top court has also said negotiation between employees and employers regarding wage payment will have to be facilitated by the state government labour departments.

The court has said labourers will have to negotiate for the payment of wages of 54 days of lockdown.

The matter will again be heard in the last week of July after the Centre files its reply.

The MHA, in its March 29 notification, had asked all employers to pay salaries to their workers without any deduction for the period their establishments were under closure during the lockdown to contain the spread of COVID-19.