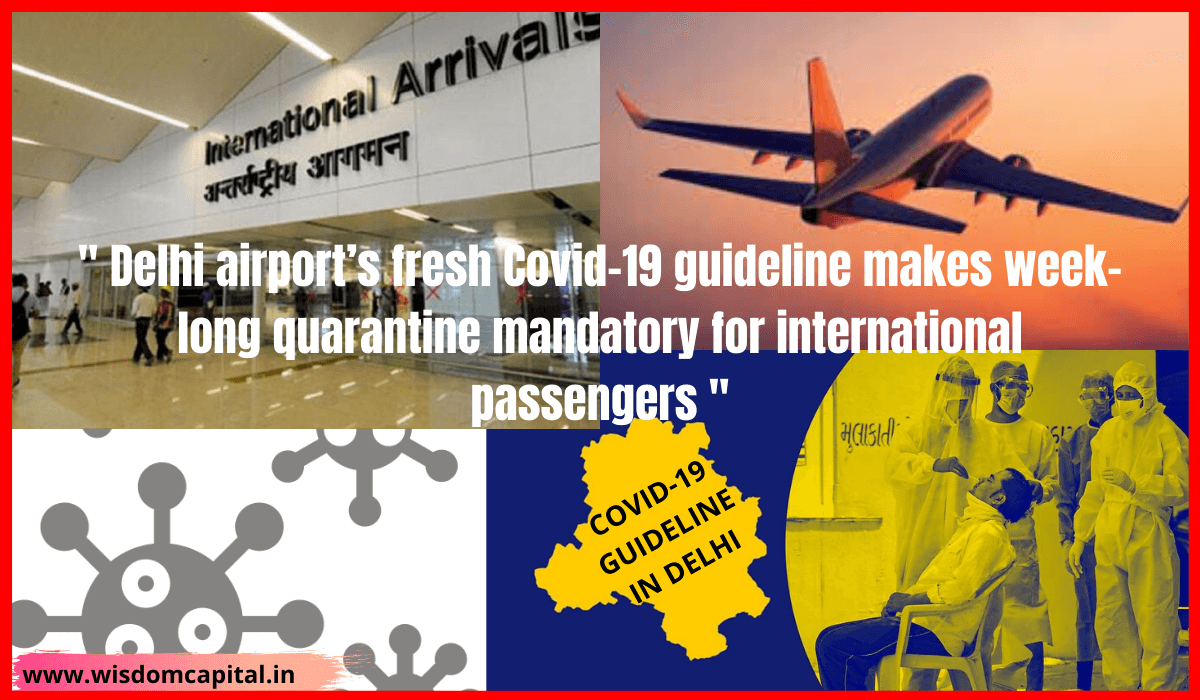 The Delhi airport authority on Tuesday has issued latest guidelines for international passengers arriving in the capital.

All the passengers arriving from overseas with no onward connection have been asked to undergo seven days of institutional quarantine at their own cost, followed by one-week of home quarantine.

The airport authority has also asked the passengers to sign an undertaking that they accept this obligation, which will be retained by the overseas mission/embassy before the booking is confirmed.

As per the guideline, passengers planning to stay in Delhi-NCR will have to undergo mandatory health screening – first by airport health officials and then at the Delhi government post.

The guideline further stated that exemptions will be given to only pregnant women, for those who have suffered death in the family, those suffering from serious illness and parents of children below 10 years of age. However, proper documentation is needed in all these cases and the guideline also gave an email address where undertaking should be provided for people belonging to these exempted categories.

Nearly one in four in Delhi had Covid-19, says study

About one in four residents in Delhi, has been exposed to coronavirus infection, antibody tests on a random sample of people suggest.

The government survey stated 23.48 per cent of the 21,387 people whose blood samples were tested had Covid-19 antibodies and suggest that coronavirus infections in the capital are much more widespread than the number of confirmed cases indicates.

Delhi has so far registered 123,747 cases, equivalent to less than 1 per cent of its population of 19.8 million.

At 23.44 per cent, the number of infections would be 4.65 million in a city that size. An official press release states the difference shows that “a large number of infected persons remain asymptomatic”.

It even says the figure of 23.48 per cent may be too low because Delhi has several pockets of dense population. But the release adds that “a significant proportion of the population is still vulnerable” and all safety precautions must be strictly followed.

Experts say the study, the first of its kind in India, is crucial because it will help officials understand the spread of the virus better.

Further, the study will guide authorities towards better distribution of testing facilities and also help in coming up with area-specific containment policies.

Delhi has been one of the worst affected cities in India and saw a chronic shortage of hospital beds in the first two weeks of June.

But hospital infrastructure has been improved since then and the number of daily cases has also declined.

And on Monday, the city registered only 954 cases.

The sharp decline in the number of cases can be attributed to increased testing, tracing, containment and isolation.

The city has also registered a decline in the number of fatalities.