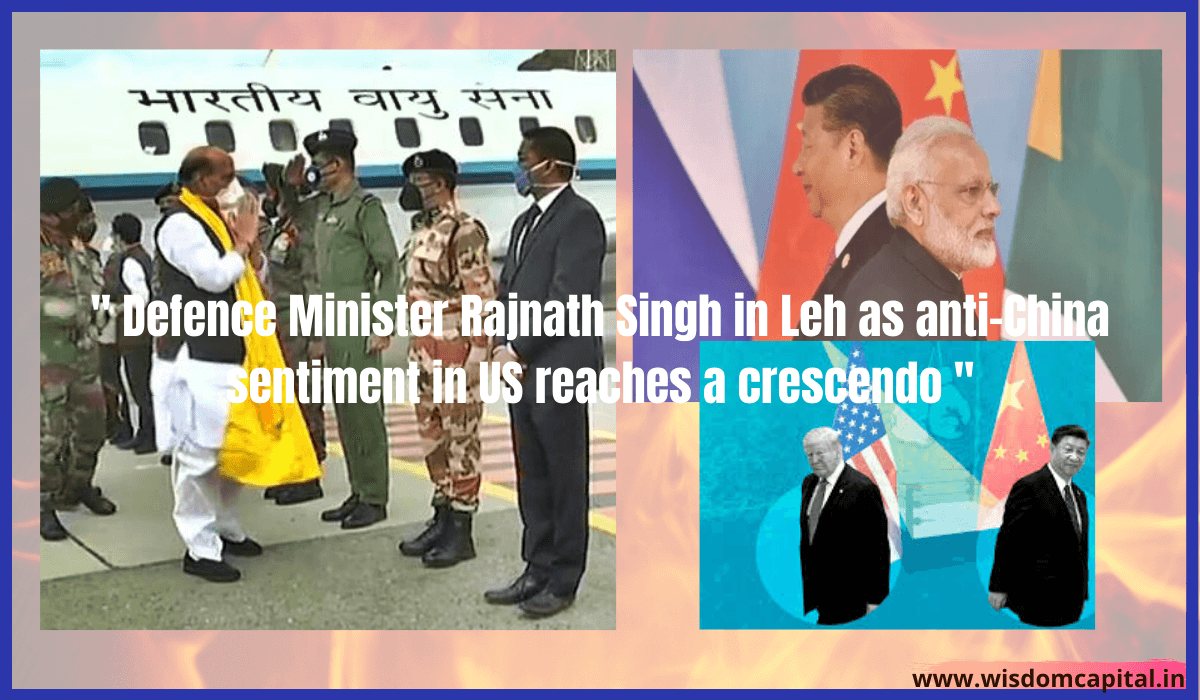 Defence Minister Rajnath Singh reached Leh on Friday on a visit to carry out a comprehensive review of the security scenario in the region amid the ongoing tension with China.

His visit comes at a time when there is military tension between India and China in the sensitive sector.

India and China recently held the fourth round of talks on disengagement in eastern Ladakh. In the talks between corps commanders of the Indian and Chinese armies, that started on Tuesday and stretched into the early hours of Wednesday, the two sides discussed the strategy for further reducing tensions along the Line of Actual Control (LAC).

The latest round of military talks was focussed on reaching a consensus on easing tensions in the Finger Area near Pangong Tso and Depsang plains as well as pulling back weapons and equipment from friction points in other sectors, said sources aware of the developments.

Earlier attempts to reduce tensions along the LAC were made on June 6, June 22 and June 30.

Meanwhile, as Washington’s anti-Beijing approach reaches a crescendo, United States President Donald Trump has said that he wants to do everything possible to keep peace for the people of India and China, according to his spokesperson.

Over the past month, the Trump administration has come out in support of India against China. Earlier this week, White House adviser Peter Navarro indicated President Donald Trump would take “strong action” against Chinese apps TikTok and WeChat for alleged “information warfare.”

A set of 25 US Congressmen and Congresswomen also urged President Trump to “take decisive action to protect the American people’s privacy and safety”. In a letter to Trump, dated July 15, they also pointed out that India took the ‘extraordinary step’ of banning several ‘Chinese’ affiliated mobile apps.

Last month, India had banned 59 Chinese mobile applications including the popular social media platforms such as TikTok, WeChat, and Helo.

On Monday, after sending two aircraft carriers to the South China Sea, the US labelled China’s claims to offshore resources in the waters “completely unlawful.”

Media reports indicate that the White House is weighing a sweeping travel ban on members of the Communist Party of China (CPC) and their families. Those already in the country could face expulsion.