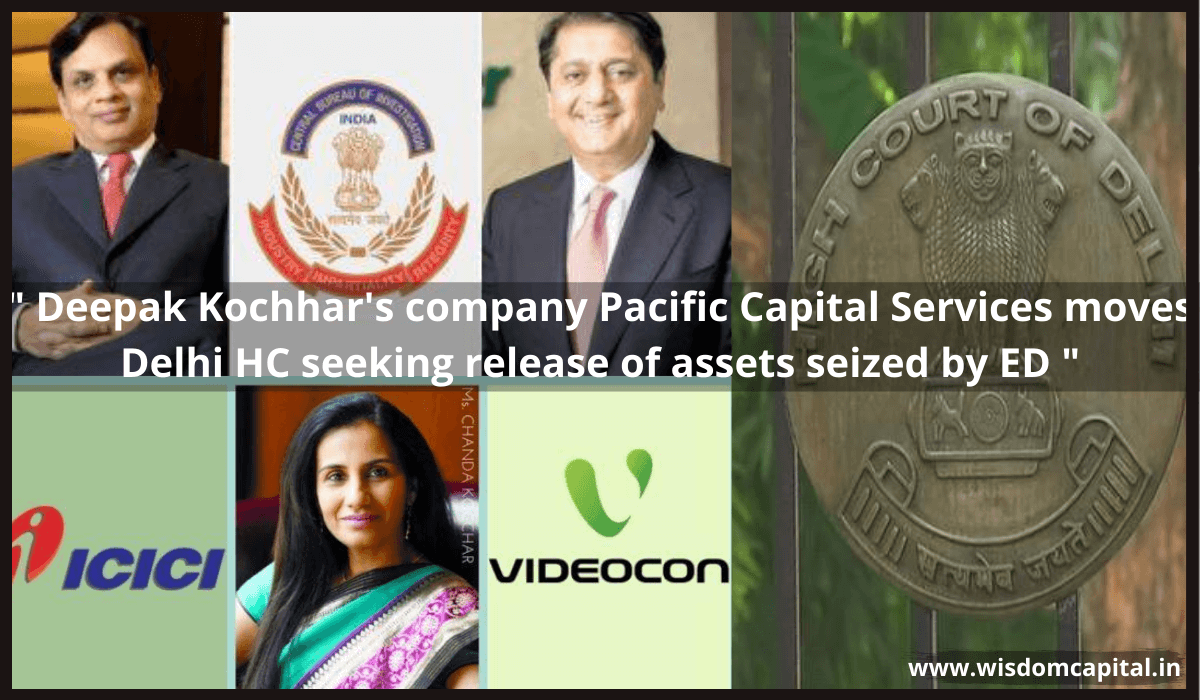 The owner of Pacific Capital Services Pvt Ltd and husband of former ICICI Bank chief executive Chanda Kocchar, has moved the Delhi court on Wednesday to release the assets seized by ED. In March last year, the Enforcement Directorate carried out various raids, one of them was conducted at Deepak Kocchar’s office from where it seized a hard disk, diary, and Rs 10.5 lakh.

A daily business newspaper reported,”The company in its petition alleged that ED is legally obliged to release the confiscated assets as it has failed to file a prosecution complaint, which is equal to a chargesheet, within a time period of 365 days.”

The counsel for the petitioner, Advocate Vijay Aggarwal has raised a question of law whether ED can continue to keep the confiscated property despite as it has failed to file the prosecution complaint (charge sheet) within 365 days.

Raising a preliminary objection at the outset, ED’s counsel, Advocate Amit Mahajan said that a similar appeal challenging the seizing of assets is already pending in the Bombay HC.

In response, Advocate Aggarwal said that the much-needed jurisdiction has to be done by Delhi HC as the charge sheet will be filed in a Delhi HC by ED. Adding to his statement, he also said that the petition pending in the Bombay HC has already become infructuous.

After various arguments, the matter has been transferred to next week at the request of the petitioner by Delhi High Court. Earlier this month, there has been the news of ED to soon file its first chargesheet in the case against Kochhar’s.

A money laundering case has also been registered in February last year by the CBI. Soon after the agency booked the Kochhar’s and Venugopal Dhoot, Videocon Group MD over accusations of non-uniformity of loans extended by ICICI Bank to Dhoot led Videocon Group during Chanda Kochhar’s tenure in the ICICI Bank.