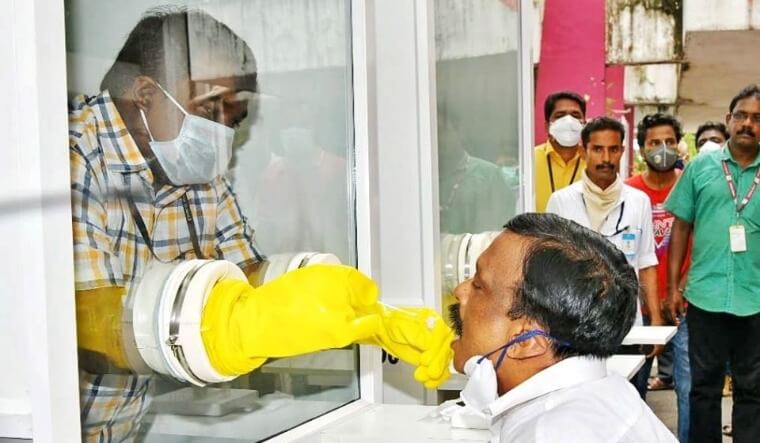 Even as the World Health Organisation warned of a second peak or a second wave of coronavirus cases, the Indian Council of Medical Research (ICMR) removed the price cap of Rs 4,500 on Covid-19 testing and has given the powers to decide the price of test kits to states.

With the total number of cases reaching 1,51,767 and the number of deaths linked to the infectious virus at 4,337, India’s move is expected to bring down the cost of Covid-19 testing substantially.

India’s top health body has asked states and union territories to negotiate with private labs to fix “mutually agreeable” rates for the test.

ICMR Director General (D-G) Dr Balram Bhargava said in a letter to the states on Monday that the COVID-19 diagnostic supplies are stabilising because of the domestic production of the kits. Thus, the dependence on imported testing kits is negligible.

He further stated that in this backdrop and keeping in view the evolving prices of testing commodities, the earlier suggested upper ceiling of Rs 4,500, vide letter dated March 17, may not be applicable now.

He asked all state governments and UT administrations to negotiate with private laboratories and fix up mutually agreeable rates for samples being sent by the government and private individuals, who want to get tested for Covid-19, to these labs.

Karnataka had taken the lead in April and put a ceiling on the Covid-19 testing price at Rs 2,250 in private laboratories within the state for samples sent by the government.

However, domestic kit manufacturers say it is going to take some time before pricing changes significantly.

These manufacturers say that pricing depends on multiple factors, not just large-scale production. Cost of technology, which is expensive, plays a role. Large-scale manufacturing does make a difference in lowering costs. For labs, it may help if they are doing more tests in a day because overheard charges will remain more or less the same.

Earlier, on Monday, during a press briefing, Dr Mike Ryan, executive director of WHO’s Health Emergencies Programme, had warned that a second peak or wave could come during the normal influenza season. “This will greatly complicate things for coronavirus disease control.”

WHO infectious disease epidemiologist Maria Van Kerkhove stated that all nations need to remain on high alert and need to be ready to rapidly detect cases, even countries that have had success in suppression of the virus.

Meanwhile, Indian scientists have not found any major side-effects of hydroxychloroquine and its use should be continued in preventive treatment for COVID-19, the ICMR said on Tuesday.

ICMR’s statement comes a day after the WHO said it was suspending the testing of the anti-malarial drug in Covid-19 patients temporarily in its global study following safety concerns.

According to media reports, Bhargava said that the COVID-19 is an evolving area and scientists and researchers still do not know which drug is working and which is not. Many drugs are being repurposed for COVID-19.

He stated that no major side-effects were found except for nausea, vomiting, palpitation occasionally. Hence in ICMR’s advisory, it has been recommended that it should be continued for prophylaxis as there is no harm. Benefit may be there.

He added that it has been clearly advised that the drug should be taken with food, not on empty stomach.