Covid-19 pandemic is ‘One Big Wave’, says WHO; Vietnam locks down Da Nang amidst its first wave of locally transmitted cases 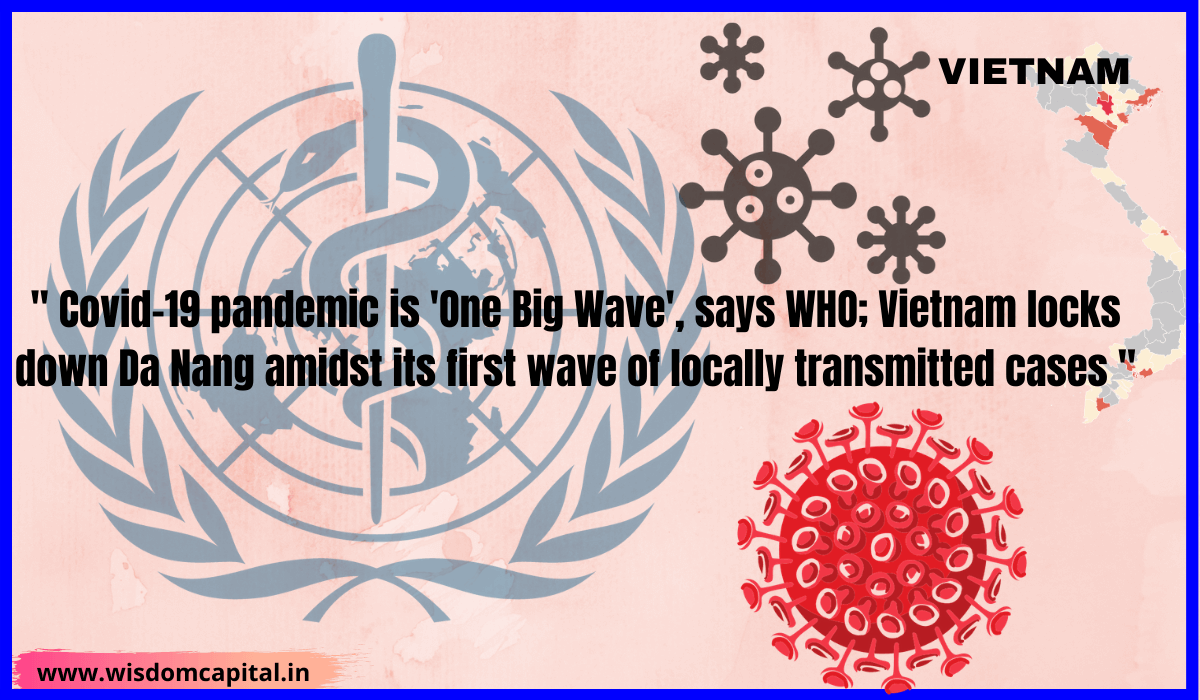 Covid-19 pandemic is ‘One Big Wave’, says WHO; Vietnam locks down Da Nang amidst its first wave of locally transmitted cases

On Tuesday, the World Health Organisation (WHO) informed against the complacency amongst people. Margaret Harris from WHO during a virtual briefing in Geneva said, “People are still thinking about seasons. What we all need to get our hands around is this is a new virus and… this one is behaving differently.

She also urged people to be more vigilante during safety measures leading to slow transmission. She also warned against thinking of Covid-19 as a wave, she said, “It is going to be one big wave. It’s going to go up and down a bit. The best thing is to flatten it and turn it into just something lapping at your feet.”

On Tuesday, Vietnam’s has done a complete lockdown in its third-largest city, Da Nang after 15 positive Covid-19 cases were reported from a hospital.

While the wave of fresh new cases of Coronavirus has been confirmed to be locally transmitted in over three months, public transport into and out of the city has been cancelled. It is reported that during the recent weekend, thousands of Vietnamese tourists visited a popular beach destination. The city has been bearing the brunt of the lockdown during the earlier days in March and April. However, the tourist industry had revived its earlier Covid-19 positive cases till April end.

But this fresh new wave of the virus will adversely affect the hotels and tourism in the city. Tourists have cancelled their upcoming trips upon the news of the fresh cases. The beaches in Da Nang are host to around 50,000 tourists each day which will be closed now. Security has been tightened up and large gatherings are forbidden.

Due to the transportation disruption, hotels have been asked to shelter and support various stranded people. Recently, on Sunday, the government ordered shut down of unessential businesses in the city while practising social distancing amongst 1.1 million population. The fresh new cases have been reported amongst health workers in a hospital. Till now, Vietnam has reported 431 positive Covid-19 cases without any fatalities.