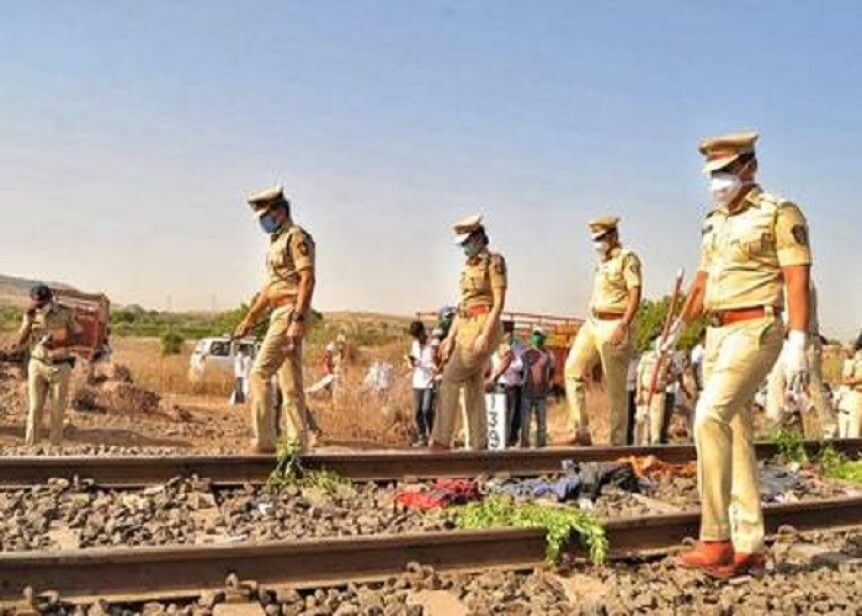 This morning, the railway ministry launched a probe after at least 16 migrant labourers were run over by a freight train in Aurangabad district of Maharashtra, nearly 260 km from Pune.

The labourers, who were aged between 20 and 35 years, were from Umarya and Shahdol  (in Madhya Pradesh) and worked at SRG Company in Jalna, Maharashtra.

They were going towards Bhusawal on foot in hopes of catching a train enroute.

The workers, rendered jobless due to the shutdown and desperate to go to their native places in Madhya Pradesh, were walking along the rail tracks apparently to escape police attention.

After walking for 45 km from Jalna, they were exhausted and decided to rest. According to local reports, the workers assumed that trains would not be running because of the shutdown, and therefore slept on the tracks.

One of the survivors said the group of migrant workers had applied for e-transit passes a week ago but decided to walk towards their home state after not receiving any response from authorities.

The Centre last week had agreed to run special trains for migrants workers who need to return home after 40 days of shutdown, but many have started walking back because of issues with getting clearances.

Prime Minister Narendra Modi expressed anguish over the death of 16 migrant workers in the train accident. He said all possible assistance is being provided.

Both Maharashtra and Madhya Pradesh governments announced financial aid of Rs 10 lakh – Rs 5 lakh each – to families of the deceased.

When factories and businesses shut down overnight on 24 March, many migrant labourers feared they would starve and attempted to walk back to their home villages as bus and train services were halted overnight.

The lockdown has led to sudden loss of employment for over 12 crore persons. Of these, more than four crore could be migrant labourers.

Without any income or food and running out of their meagre savings, these migrants workers want only one thing: to go back home.  They are certain the lockdown would extend beyond May 17, and, apparently more than one crore workers have registered to return to their homes.

While appealing to the migrant workers not to lose patience, Maharashtra chief minister Uddhav Thackeray said the state government is in constant touch with the Centre to run as many trains as possible for migrant labourers, and that proper arrangements will also be made for their return soon.

Even as India’s lockdown is extended for the third time, there does not appear to be any slowdown in the number of coronavirus cases, with the daily increase having exceeded 2,500 this week. Though it is still not clear whether or not the lockdown has been effective, what is apparent is that it has it has accelerated the economic slowdown.

The recent Purchasing Managers’ Index for manufacturing and services, along with numbers on demand for electricity, exports and domestic sales of automobiles and fast-moving consumer goods, indicate a sharp decline in economic activity.

The Indian economy has taken a big hit, and so have the migrant labourers.