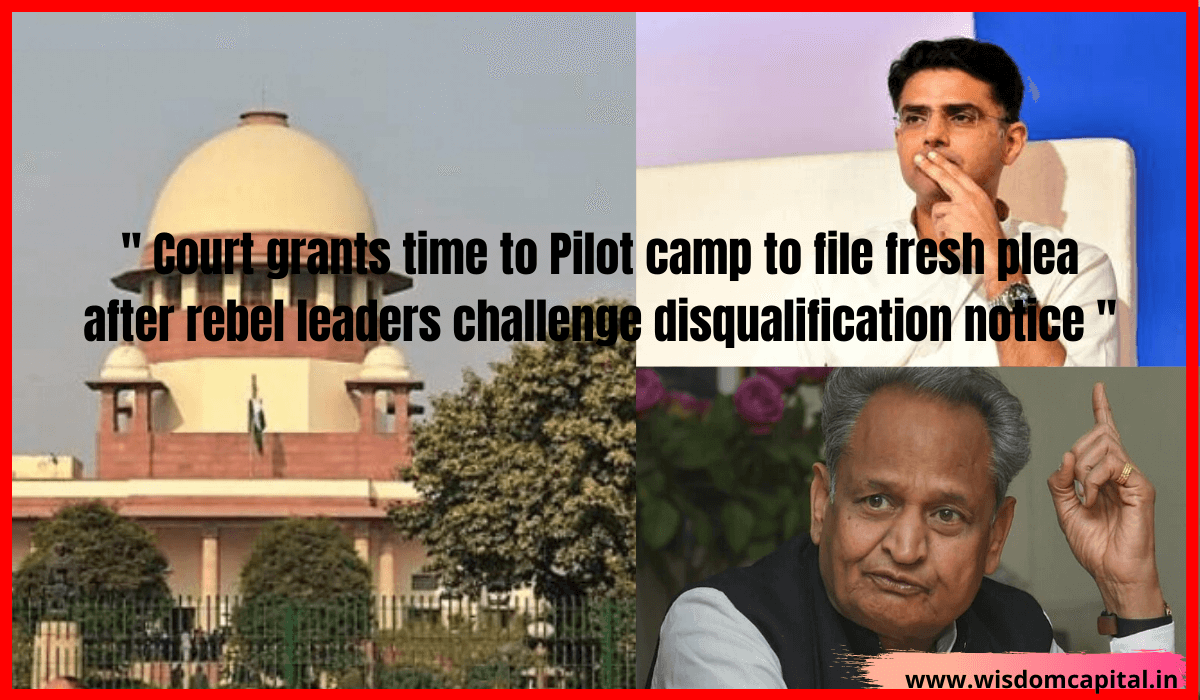 In a dramatic escalation of the Congress’ crisis in Rajasthan, Sachin Pilot and other Congress rebels on Thursday challenged in the Rajasthan High Court a move to disqualify them as MLAs. Top government lawyers Mukul Rohatgi and Harish Salve in regimes ruled by the BJP, are representing the rebel leaders in the petition. Notices served to the leaders by Rajasthan Speaker CP Joshi on Wednesday asked them to explain by Friday “anti-party activities”, failing which they would be disqualified. While team Pilot will be helped by the top government lawyers in the BJP regime, the Congress has fielded Abhishek Manu Singhvi, one of its sharpest legal experts.

Meanwhile, the Rajasthan HC deferred the hearing on disqualification notice served on MLAs of the rebel Sachin Pilot camp. According to news agency Press Trust of India (PTI), the Pilot camp has sought time to amend its petition challenging move to disqualify dissident MLAs from Rajasthan Assembly.

Appearing for the Pilot camp, Salve said the petitioner will challenge anti-defection law enshrined in the Tenth Schedule of Constitution.

The high court granted time to the Pilot camp to file fresh petition and the matter will be heard now by the Division Bench after the amended petition is filed.

The ruling Congress has sought their disqualification from the state assembly for ‘anti-party activities’. The notice issued stated disqualification of the MLAs from the assembly under the Tenth Schedule of the Constitution of India. The MLAs were asked to respond to Joshi’s notice by Friday.

The MLAs deliberately remained absent from the Congress Legislature Party (CLP) meeting held on July 13 and 14.

Pilot was removed from the posts of the Rajasthan deputy chief minister and the state Congress president on Tuesday in the midst of a tussle for power with Chief Minister Ashok Gehlot.

Pilot was reportedly upset over a notice sent to him by the Rajasthan Police, who claimed to have stumbled on a plot to topple the Congress government. The notice, sent by the Special Operations Group (SOG) had sought time from Pilot to record a statement.

International flights to US, France set to begin in July on interim basis

In a media briefing today, Union Minister of Civil Aviation Minister Hardeep Singh Puri said that international flights may resume under bilateral air bubbles with other nations albeit with certain conditions as many are imposing entry restrictions even now, including India in the wake of the Covid-19 pandemic.

Elaborating the minister said that Air France will be operating 28 flights between Delhi, Mumbai, Bengaluru and Paris from 18 July to 1 August while US will be flying 18 flights between July 17-31, but this is an interim one. “We have request from German carriers to permit flights to India and we are processing it,” Puri said.

A travel bubble or a bilateral air bubble is a travel corridor between two nations that wish to reopen their frontiers and re-establish connections with each other. This is an exclusive partnership considered between nations that have either largely eliminated the virus, or trust the testing numbers.

Meanwhile, India’s Vande Bharat Mission has evacuated more than 6,80,000 Indians stranded abroad due to the pandemic till Wednesday. “A total of 6,87,467 passengers have been evacuated under the mission till 15 July, 23:59 hours,” Puri said today.