Coronavirus at its slowest pace so far in India 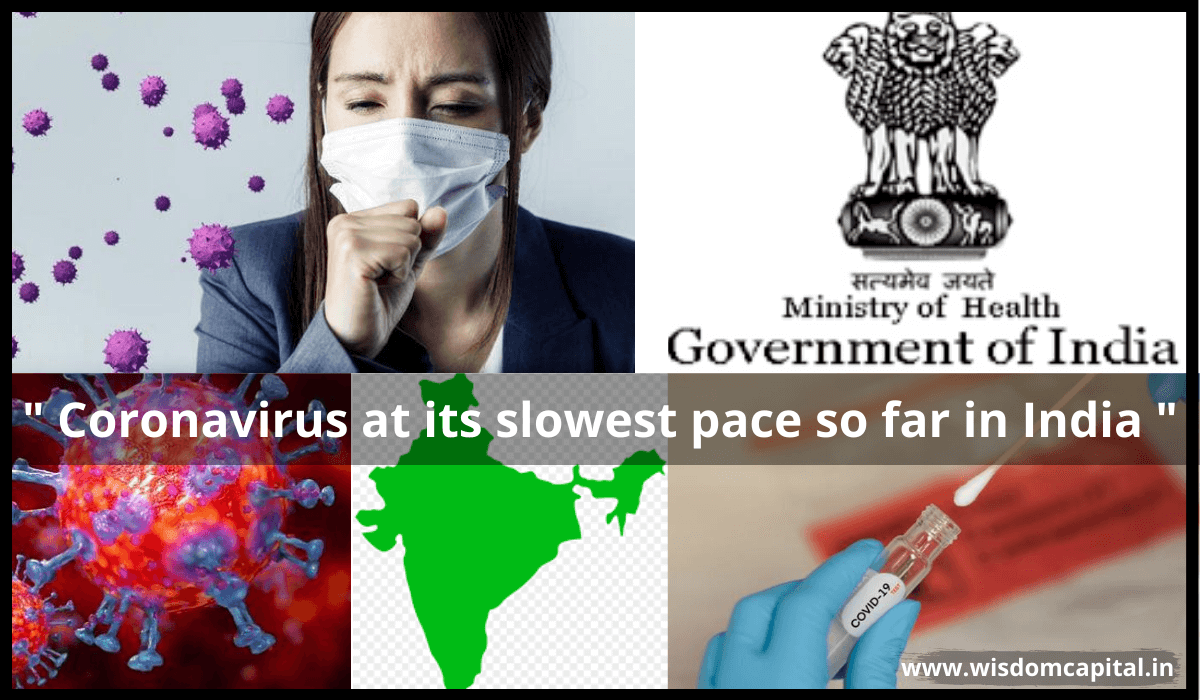 Coronavirus at its slowest pace so far in India

In the month of August, the infection rate has slowed down in comparison to the last few months in India. The mark has been counted as the lowest this week. Majority of the states have seen a decline in their numbers in terms of Covid-19 cases in the last seven days than earlier.

According to the latest data from the Health Ministry shows that the country has reported 2,836,925 cases so far. But many studies indicate that various cases may not have been reported.

The current fatality rate of India is also being considered lower than earlier. The tally increased by 20 per cent in comparison to a weekly growth rate of 28 per cent at July-end. The recovery rate is more than 70 per cent owing to which active cases grew slower. The active cases were 7 per cent slow as compared to last week’s 686,395 coronavirus cases. But at the end of July, active cases were increasing by up to 25 per cent per week.

Due to the increase in testing of the deadly virus in patients, the spread has slowed down in various states. However, studies suggest that it will be too early to estimate the accurate figure as the country is still reporting 60,000 new cases every day.

The two states, Delhi and Gujarat, have managed to improve their death trajectories and the situation in these two states have become stable. However, Maharashtra’s curve continues to rise at a stable rate without worsening the situation in the state. Kerala has reported around 42 per cent deaths in the last week, the only state to have steepened the curve during the period.