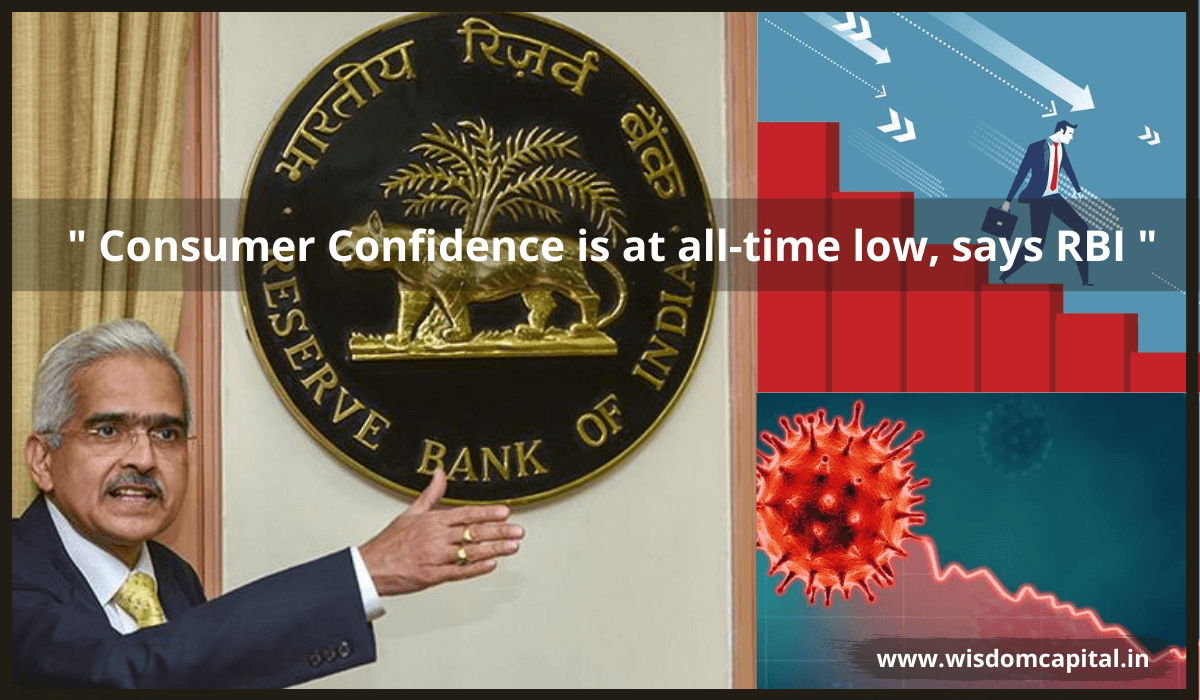 A recent survey conducted by the Reserve Bank of India, on Thursday reported that consumer sentiment has been steadily falling since the Covid-19 led lockdown. The graph has collapsed to 53.8, the report highlighted the number is well below the 100 mark signifying the dividing line between pessimism and optimism.

“Consumer perception of the prevailing economic situation and own income was significantly lower than that in May,” said RBI in its report. It also highlighted that people have decreased their discretionary spending and aren’t expecting to increase the non-essential spending in the coming as well.

Another report in the industry also showed a rise in inflation expectations of the household. Thus, considering these pointers didn’t cut the interest rates to encourage spending.

On Thursday, RBI announced no cut in the repo rate due to sluggish consumer spending and an environment of inflation in the country. A six-member committee monetary policy committee voted unanimously on to keep its rate unchanged. The central bank also reported that inflation has increased much more than 2-6 per cent, RBI’s target range.