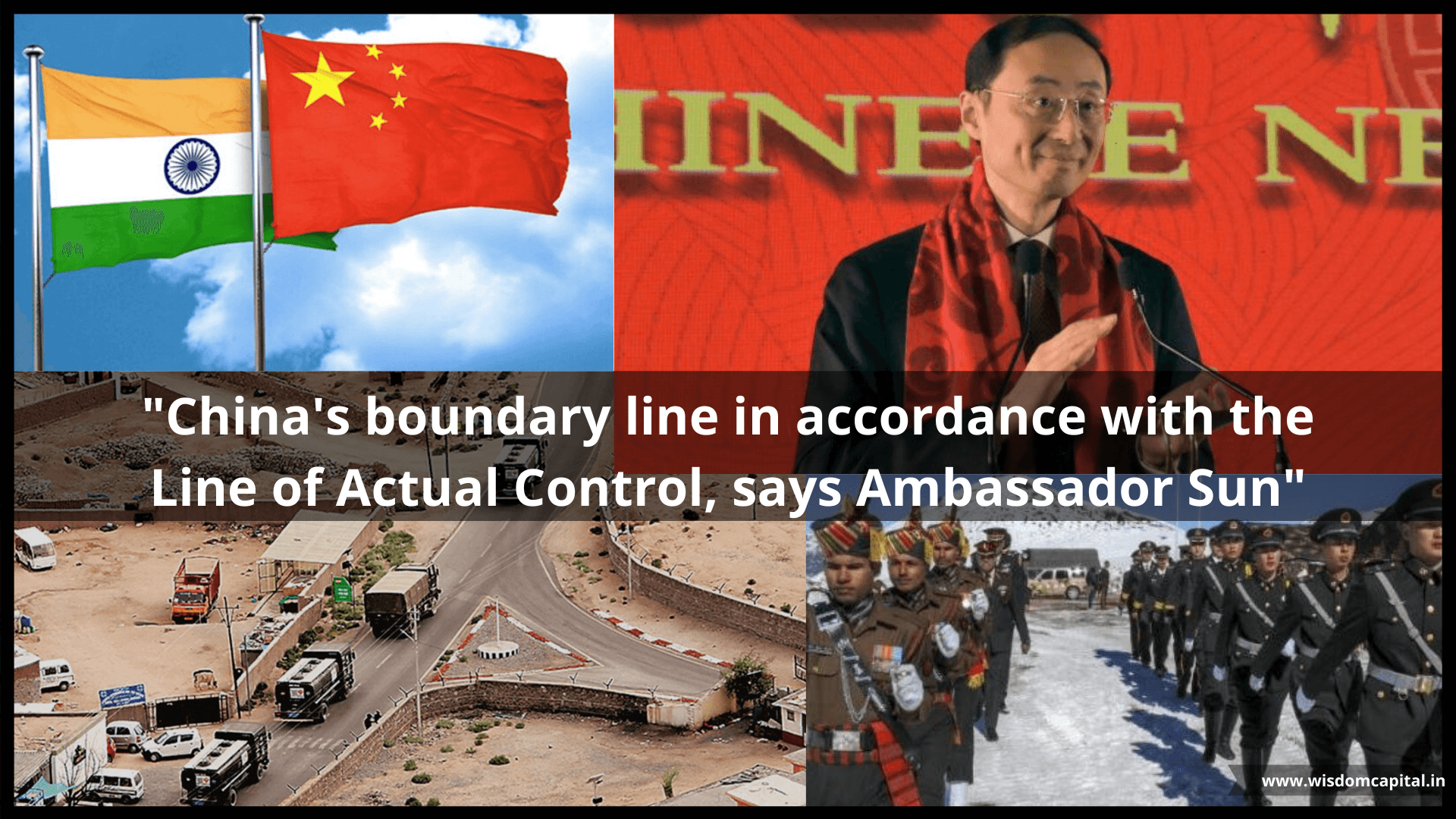 With the recent clashes between India and China on pushing his country’s claim of troops coming in 8 km west of the point where India marks its Line of Actual Control (LAC), Beijing’s ambassador to New Delhi, Sun Weidong, on Thursday rejected India’s claims that China has expanded its territorial claim at Pangong Tso.

“China’s traditional customary boundary line is in accordance with the LAC,” said Sun while speaking at a Webinar organised by Institute of Chinese Studies. He added, “There is no such case as China has expanded its territorial claim.” China hopes that India will abide by the relevant bilateral agreements and protocols between the two countries and refrain from illegally crossing the LAC to the Chinese side, informed Sun.

While Sun said that the situation on the ground is de-escalating and the temperature is coming down, these remarks come ahead of the fifth round of talks between the two armies expected to happen in the coming few days. On this statement, the Ministry of External Affairs’ spokesperson, Anurag Srivastava responded saying that there has been some progress in disengagement but the process has yet not completed.

To maintain peace accord between the two countries, Srivastava in its statement also said that they expect Chinese to sincerely work with them towards de-escalation and disengagement along with the restoration of peace between the border areas of two countries at the earliest.

The upcoming Corps Commander talks will focus on the disengagement process at the Pangong Tso where the Chinese troops continue to occupy the ridgeline at Finger 4. While the military standoff between the two countries began in early May, China advocates a ‘win-win cooperation’ and opposes ‘zero-sum games’, said Sun. He also urged the Indian government to adjust its position on Taiwan, Hong Kong and South China.

Sun outrightly denied the statement on Chinese troops crossing the LAC at Galwan valley. He said that right and wrong on the Galwan valley incident is already very clear. Sun accused the Indian troops of making in-roads in the Galwan valley through the building infrastructure across the LAC. This led to representations from the Chinese side.

Post these representations, Indian commanders agreed to withdraw their troops. When asked about the casualties in the attack, Sun said that it is not helpful to interpret the numbers. He further added that the purpose of these clarifications and talks is to maintain peace and tranquillity in the border areas. But if one of the side unilaterally delineates from the LAC, as per its own understanding, this could lead to new disputes during the negotiations.

Sun ended saying that they are hopeful that India side would work with them in the same direction to solve the China-India boundary questions.