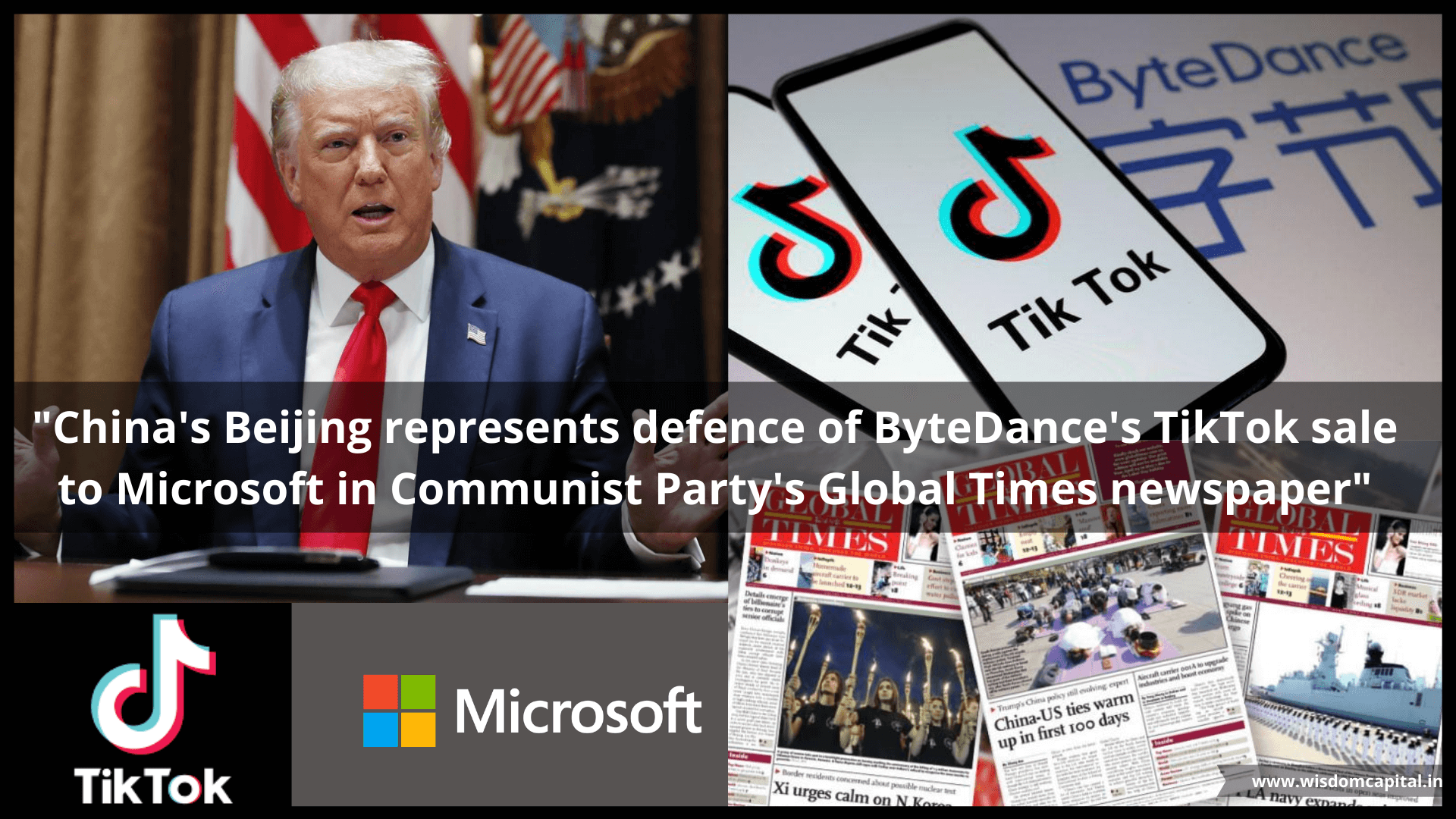 Recently, China’s daily newspaper published an editorial representing a strong defence for the ByteDance’s viral video app TikTok. In his recent press conference, Donald Trump insisted that the sale of TikTok assets should include some payment to the US and also added that either video app should be sold by September 15 or be closed down.

ByteDance has become the world’s largest startup due to international presence and success. However, American lawmakers find the successful video app as a threat to national security and its potential to vacuum up data. With Trump’s intentions to cripple ByteDance’s assets by adding to the US entity list, this action will force major American companies including Apple Inc. to drop the service from their app stores.

But, the editorial in China’s daily somehow acknowledged the proposition of selling the video app to the US as ‘preferable’. The piece compared the process of officially sanctioned theft, a sentiment that has also been spoken by the country’s state media, Communist Party’s Global Times newspaper.

While there have been binary opinions on the current issue. Some condemn the betrayal of values like free speech and capitalism and some believe it as a tactic to subdue a geopolitical rival and its strong tech company. Chinese Ministry denied commenting on any Microsoft and TikTok talks. But they criticised Washington and its double standards. Its spokesperson Wang Wenbin said, “If following the wrong example set by the US, every country could use national security as an excuse to target American companies. However, there isn’t much clarity on the regulatory measures and how China would take it forward. But in the same piece, it wrote that China has “limited ability” to protect its companies because the US still has a technological prowess.