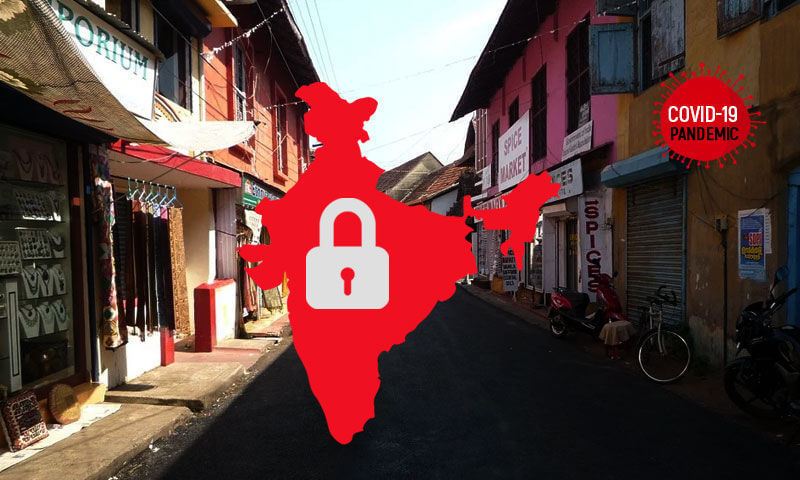 The Centre today announced that the nationwide lockdown in Covid-19 containment zones has been extended till 30 June.

The Ministry of Home Affairs issued fresh guidelines for phased re-opening of all activities outside containment zones, or areas sealed because of a large number of virus cases, for the next one month.

Beginning 1 June, the country will witness a reduction of prohibited activities and allow states to deliberate and decide on certain relaxations. The stipulation of following Standard Operating Procedures (SOPs) will be prescribed by the Health Ministry.

The new guidelines had been issued based on extensive consultations held with states and union territories, the MHA said.

In Phase One, religious places and places of worship for public, hotels, restaurants and other hospitality services and shopping malls will be allowed to open from 8 June.

In Phase Two, a decision on reopening schools, colleges and educational/ training/ coaching institutions will be taken in July after consultations with states and UTs, said the Home Ministry. MoHFW will prepare SOP for these institutions.

In Phase Three of opening up of the economy, dates for allowing international air travel, operation of Metro Rail, cinema halls, gymnasiums, swimming pools, entertainment parks, etc. will be decided after more consultations, based on assessment of the situation.

On revision of night curfew timing, the Ministry said in its order that movement of individuals shall remain strictly banned between 9 pm and 5 am throughout the country, except for essential activities.

There will be no lockdown curbs on the movement of people or goods within states and between states.

India is under strict lockdown since late March to control the rapid spread of the novel coronavirus. Since then, there have been three extensions with incremental easing of restrictions. Today, the lockdown was extended for the fourth time.

With the latest tally, India has reported over 1.7 lakh coronavirus cases and there have been close to 5,000 deaths. While the fatality rates in India have been lower than in worse-hit nations, experts fear the peak has not yet been reached.

Meanwhile, an Air India aircraft flying from Delhi to Moscow with no passengers on board this morning had to return back to Delhi from over Uzbekistan after the national carrier realised that one of the pilots was infected with coronavirus.

Aviation regulator the Directorate General of Civil Aviation (DGCA) is investigating this case.
DGCA officials said “prima facie, this appears to be a lapse” as the pilot was not supposed to be on Airbus A320NEO when he was found positive.

Air India conducts at least 200 Covid-19 tests a day in the national capital alone for all its crew members ahead of all flights that they operate. The results of these tests are centrally processed by the carrier.

The Air India plane took off from Delhi after 7 am on Saturday and returned to the national capital at 12:30 pm, sources said.

The crew has been quarantined as per norms. This plane will be fumigated and another plane will be sent to Moscow to bring back Indians, officials said.