Centre allows postal ballot voting to those over 65, Covid-19 patients 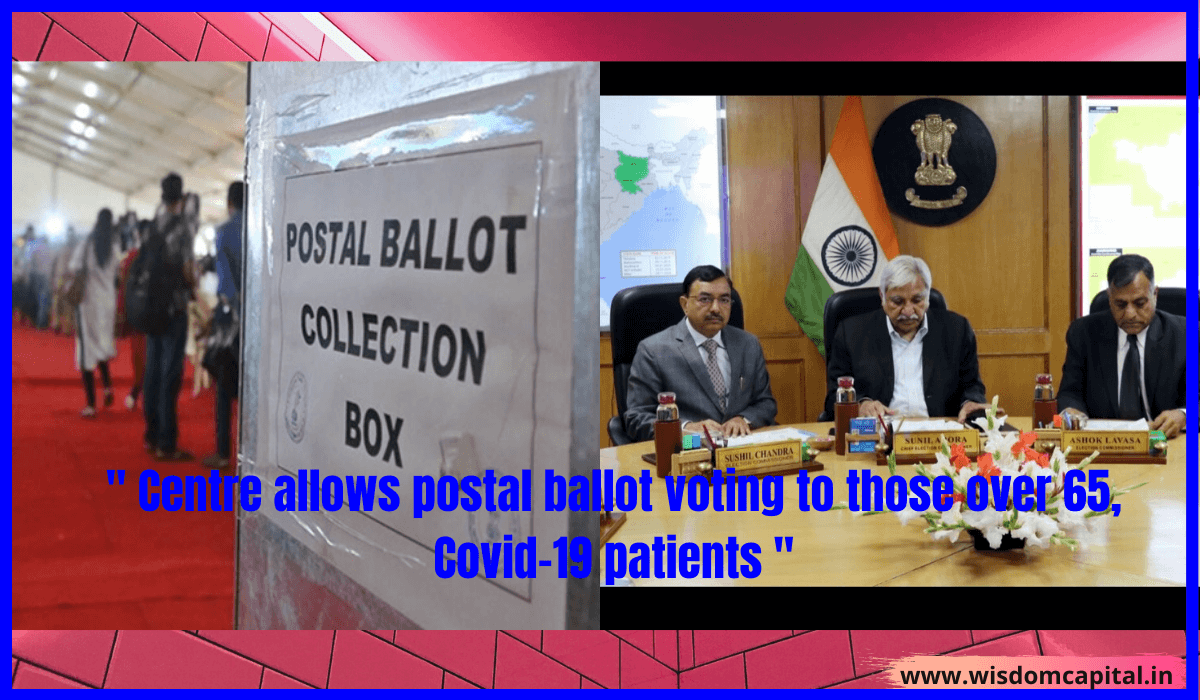 Centre allows postal ballot voting to those over 65, Covid-19 patients

Indians over the age of 65 years and those infected with Covid-19 or suspected of having contracted the infection will be allowed to vote by postal ballot after the government amended the Conduct of Election Rules, 1961. The Union Ministry of Law and Justice issued a gazette notification to notify the amendment in the rules.

According to the notification, people who are under home or institutional quarantine due to coronavirus infection can exercise their voting rights through postal ballot. “Notification for Conduct of Elections (Amendment) Rules 2020 – for extending Postal Ballot Facility for electors above the age of 65yrs and Covid-19 positive under home/institutional quarantine,” said Election Commission of India spokesperson Sheyphali Sharan.

In several health advisories issued by the government since the Covid-19 pandemic began, people above the age of 65 have been asked not to venture out as they are particularly vulnerable to catching the highly contagious virus.

The development comes ahead of the Bihar elections scheduled to be held in October-November this year. And the move to extend the postal ballot facility assumes significance for Bihar, which has so far registered over 10,000 coronavirus cases and 78 deaths due to the virus.

The polls to fill 19 vacancies in the Rajya Sabha in nine states were originally to take place in March but were deferred after the outbreak of the Covid-19 pandemic. They were then held in June and arrangements were made to allow members who are unwell to vote through postal ballot.

Earlier in February, during the Delhi elections, the capital became  the first state to experiment with postal ballots, extending the facilities to those with severe disabilities or over the age of 80 years.

Meanwhile, Union Minister Nitin Gadkari said that India needs foreign direct investments worth Rs 50 to 60 trillion and the money can be tapped mainly through infrastructure projects as well as MSME sector to accelerate the wheels of coronavirus-hit economy.

Emphasising that Foreign Direct Investment is the need of the hour, the senior minister said such funds would benefit the nation as there is a need for pumping in liquidity into the market.

Gadkari also said that discussions are on with investors from Dubai and the United States for various sectors, including MSMEs.

The senior minister said that some MSMEs are already listed on the BSEand he has spoken to investors in Dubai and the US to come and invest in such MSMEs based on their three-year turnover, GST track record, IT record and good rating. Investing in these can result in rich dividends as these are also involved in exports.

He also pointed out that the country needs to boost its technology for increasing growth and needs to focus on enhancing exports. “Prime Minister Narendra Modi’s thrust is also on reducing dependence on imports and giving a fillip to exports. In this context, infrastructure can play a crucial role,” he said.