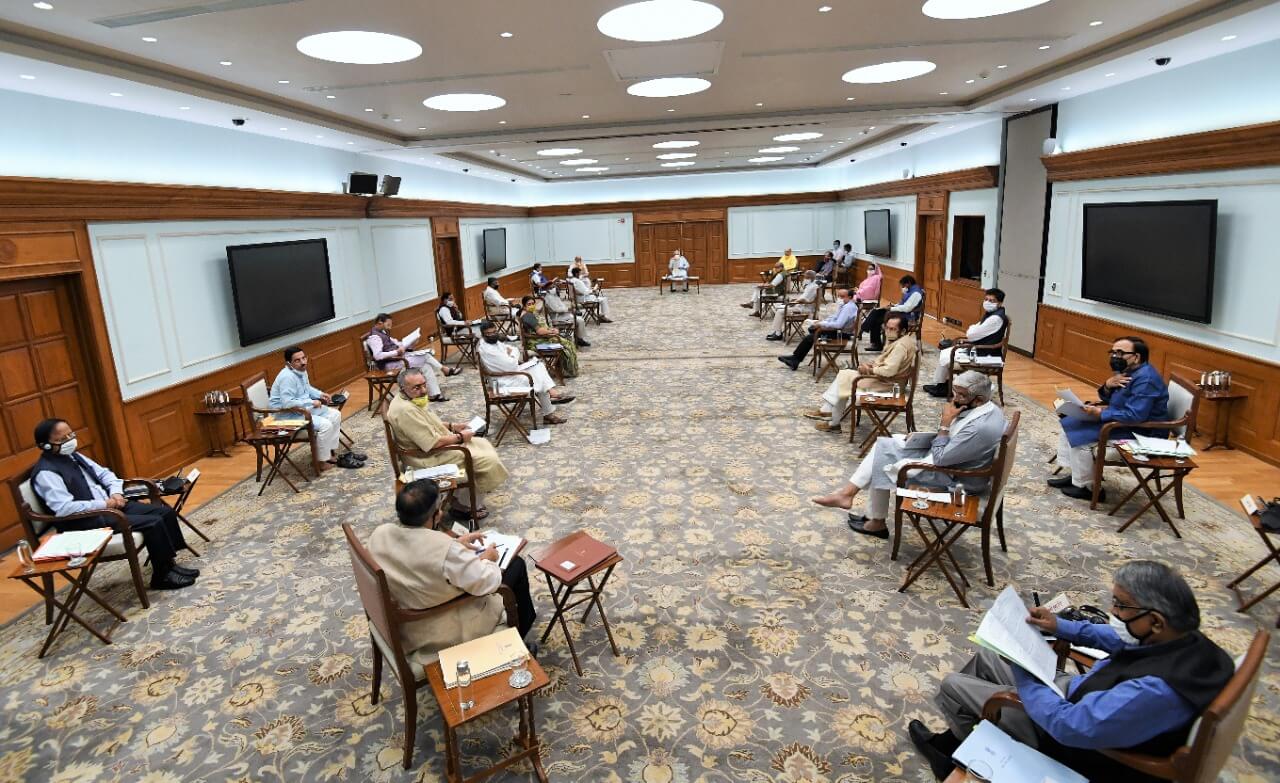 As India began the first day of its three-phased unlocking plan after a two-month-long lockdown, Prime Minister Narendra Modi chaired a meeting of the Union Cabinet in which key decisions on MSMEs (Micro, Small and Medium Enterprises), agriculture and street vendors were taken.

This is the first Cabinet meeting after the Narendra Modi government entered into its second year of office.

The Cabinet approved the modalities and road map to implement the MSME relief package, including a Rs 20,000-crore debt scheme, which would help nearly 2 lakh distressed MSMEs. It also approved a Rs 50,000 equity infusion through the Fund of Funds to encourage private sector investment in the sector.

Additionally, the Cabinet has cleared extension of repayment date for short term loans for agriculture and allied activities by banks which have become due or shall become due between 1 March, 2020 and 31 August, 2020.

Also, farmers who repay loans by August 31 will get farm loans at an interest rate of 4 per cent.

In a media briefing, Union Minister Prakash Javadekar said the Cabinet had approved a credit scheme for street vendors. Nearly 50 lakh sellers are expected to benefit from the programme, the minister added.

The Cabinet Committee on Economic Affairs (CCEA) also held a meeting on Monday at the Prime Minister’s residence at 7 Lok Kalyan Marg.

In order to maintain social distancing norms during air travel, the Directorate General of Civil Aviation (DGCA) today asked airlines to allot seats in flights in such a manner that middle seats between two passengers are left unoccupied.

Union Civil Aviation Minister Hardeep Singh Puri had earlier said that keeping the middle seat vacant would not be viable for the both airlines and passengers as the fares would shoot up.

If an airline has to allot middle seat due to high demand, then it must arrange “additional protective equipment” for the flyers, the airline regulator said. The DGCA also asked the airlines to provide a three-layered face mask, face shield and a “wrap-around gown” (Ministry of Textile approved standards) to those occupying the middle seat in an airplane.

Meanwhile, Indian stocks started the week on a positive note as hopes of the shuttered economy gradually opening up took hold. Staging a sharp rally, the benchmark stock indices extended gains to the fourth day. The Sensex closed at 879 points higher at 33,303, extending its four-day gains to about 2,700 points while NSE Nifty 50 index ended up 2.57 per cent at 9,826. Financial stocks rallied today with Nifty bank index closed up 3.43 per cent.