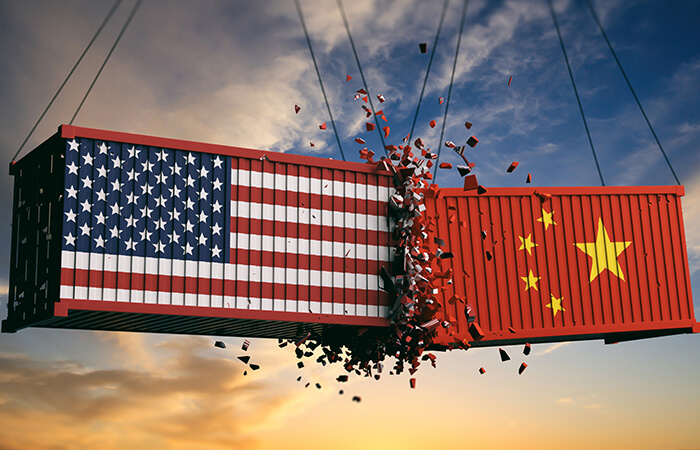 May began on a subdued note across world markets after heavy falls on Wall Street and the threat of a fresh US-China trade tension.

Equities in Asia Pacific traded lower on Monday, with markets in China, Japan and Thailand closed for holidays.

Oil prices slipped in early trade this morning, paring last week’s gains, on concerns the global oil glut may persist as US-China trade war could hold back an economic recovery even as coronavirus pandemic lockdowns across the world start to ease.

On Friday, most Asian and European markets were down, with Indian markets shut on account of Maharashtra Day.

However, Wisdom Capital market analysts warn that it would be difficult to sustain the rally in markets unless the economy opens up.

The government on Friday extended the national lockdown by a further two weeks, smashing hopes of resumption in economic and business activities. The market’s wait for fiscal stimulus from the government continues even as March quarter earnings have begun reflecting early pain of the economic disruption.

South Korea’s Kospi fell 1.87 per cent in morning trade while the Kosdaq index shed 0.31 per cent.

In Australia, the S&P/ASX 200 slipped 0.25 per cent. Shares of major bank Westpac dipped 0.36% after the firm announced a profit plunge in its first half earnings and a deferral in its dividend payment.

US stock futures declined in overnight trading on Sunday. Futures contracts tied to Dow Jones Industrial Average futures were 1.5 per cent lower on Sunday night, while S&P 500 and Nasdaq 100 futures also slipped over 1 per cent.

Meanwhile, US President Donald Trump threatened to use trade tariffs to punish China for what he sees as its mishandling of the COVID-19 pandemic. The White House is said to be frustrated at China’s failure to contain the coronavirus and attempts to divert blame for its emergence.

The strain that first emerged in Wuhan province in China, has infected more than 3.5 million people, with more than 247,000 deaths, around the world, and caused immense global economic damage. Additionally, a media report said US intelligence documents accuse China of hiding the extent of the outbreak to hoard medical supplies.

Wall Street had started 2020 on a high note, extending a multi-year rally before COVID-19 forced its three main indexes to lose as much as 35 percent at one point in March.