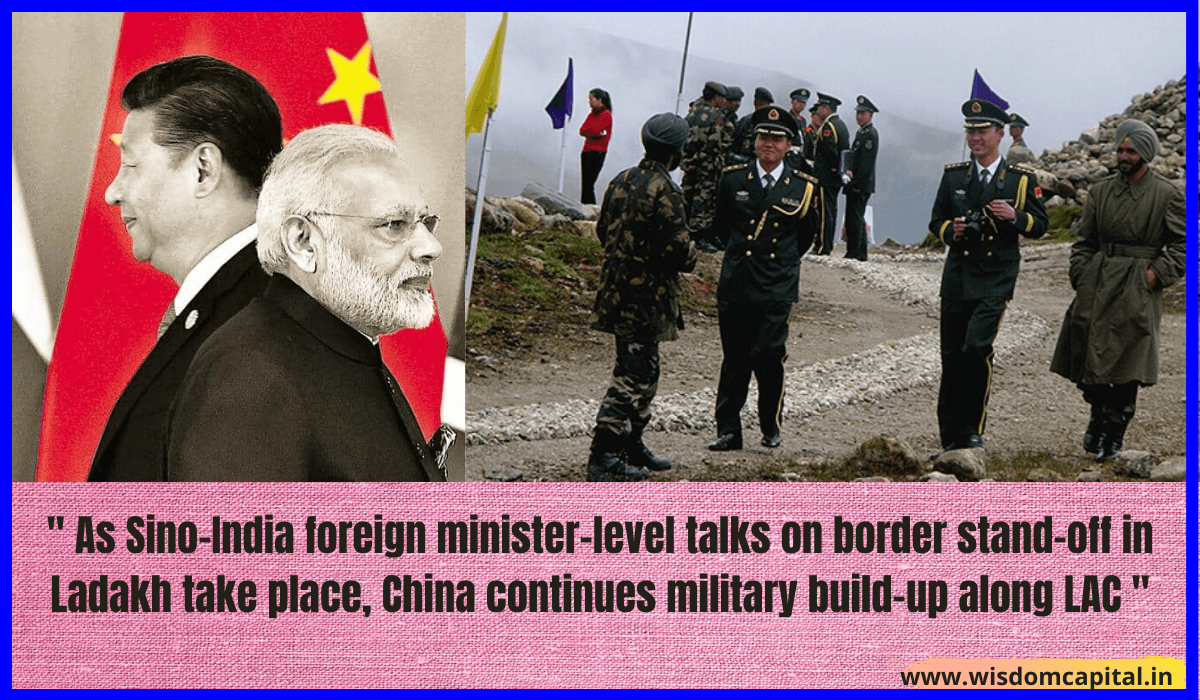 Even as India and China hold diplomatic meetings on border stand-off in Ladakh, the Chinese have continued the build-up all along the Line of Actual Control (LAC) including the Finger area where they have strengthened themselves with more positions and constructions. NDTV reported that high resolution satellite images appear to show the presence of Chinese structures on both sides of the LAC in the Galwan river valley.

China’s People’s Liberation Army  started its build up along the LAC in the eastern Ladakh sector on May 4 and deployed more than 10,000 troops along with heavy artillery, armoured regiments and defence batteries.

On June 15, in the brutal clashes that lasted hours, on steep, jagged terrain, 20 Indian soldiers were killed in action. Senior officials in the Indian Army say the Chinese suffered approximately 45 casualties, including a Colonel who was killed in the fatal hand-to-hand combat.

Meanwhile, India and China today discussed via video conference ways for easing the border tensions and possible future diplomatic contacts during the first formal diplomatic meeting since the Galwan clash.

This was the second meeting of the Working Mechanism for Consultation and Coordination on border affairs (WMCC) since June 5.

The next level after WMCC is the Special Representatives mechanism but there is no indication whether the two nations intend to convene its meeting any time soon.

WMCC, set up in 2012, is led by Naveen Srivastava, joint secretary (East Asia), and Wu Jianghao, director general in the Chinese foreign ministry.

Stating that New Delhi and Beijing have shown commitment to a peaceful resolution, he said that the two nations started meetings at the level of defence officers and foreign ministers and neither has made any statement to indicate either will pursue non-diplomatic solutions.

Tuesday’s meeting was the first opportunity for External Affairs Minister S Jaishankar and Chinese Foreign Minister Wang Yi for face-time with each other over videoconference. Jaishankar and Wang, who is also Chinese State Councillor, had a not-so-pleasant phone call on June 17 over the June 15 border clash.

At the meeting, the external affairs minister called on all countries to respect international law and help build a durable world order. Without naming China, or any other country, Jaishankar urged “leading voices of the world” to be exemplars in every way.

Back home, after the state government of Maharashtra  put on hold three agreements totalling over Rs 5,000 crore signed with Chinese companies, the Uttar Pradesh government has imposed a ban on the installation of new China-made meters by the state power department, an official spokesman of the power department said on Tuesday.

The spokesman added that details have been sought about orders of Chinese meters and equipment and also contracts of Chinese items awarded in the past one year.

Meanwhile, Army Chief Gen M M Naravane is on a two-day visit to Ladakh beginning Tuesday to discuss with ground commanders the six-week standoff with the Chinese army and review India’s overall military preparedness in the mountainous terrain.