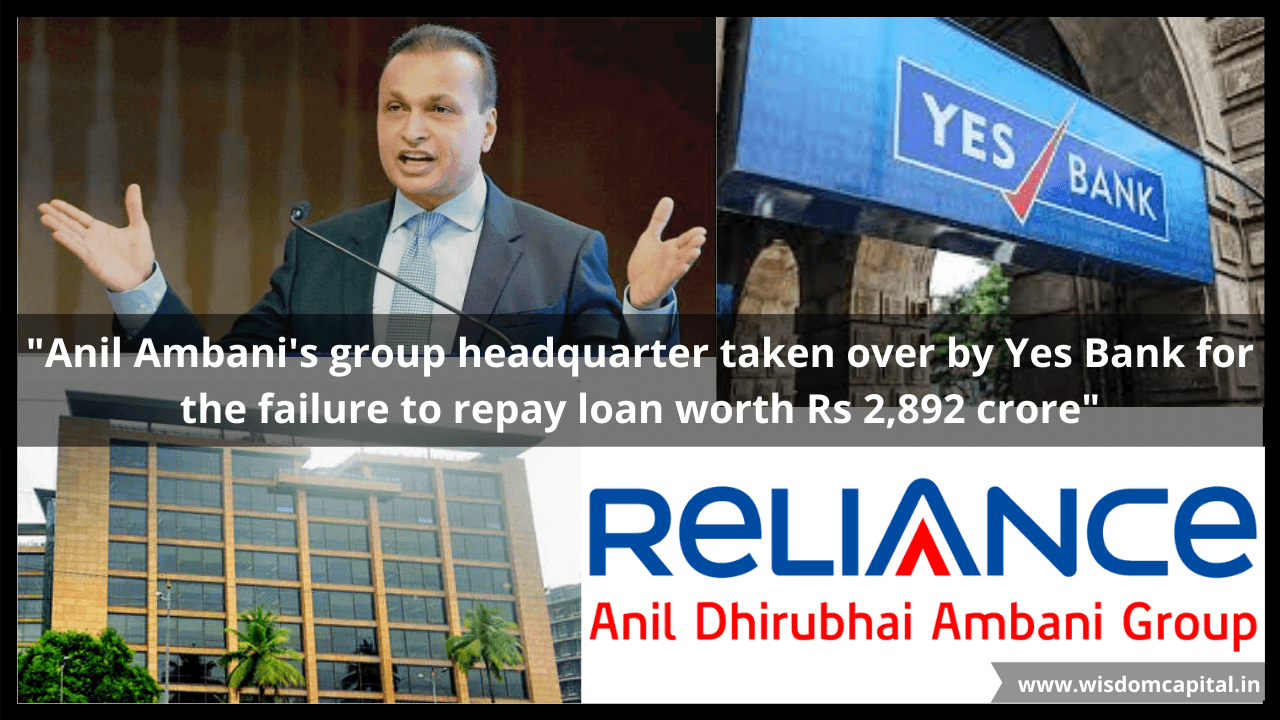 As per a notice published by a newspaper on Wednesday, Yes Bank has taken over the possession of two flats of Anil Dhirubhai Ambani Group (ADAG). The group’s major companies were operating out of its Reliance Centre based at Santacruz, Mumbai. This comes at a time when the company had failed to repay a loan of Rs 2,892 crore to the private sector lender.

Reliance Infrastructure in the past few years have been facing downfall including various bankruptcies and sale of its stake. Yes Bank said that to`recover the dues worth Rs 2,892.44 crore from the company, it took possession of Reliance Infrastructure’s three properties on July 22. The company was given a 60-day prior notice to repay the loan. While the last day to repay was May 6, the private lender cautioned the general public in the nearby area to not deal with the properties due to the bankruptcy case.

In 2019, Reliance Infrastructure was on a lookout to lease the same headquarters of 21,432 square metres, as per Yes Banks’ notice, to raise funds and pay off its debts. The company also has two other properties in the suburbs of South Mumbai’s Nagin Mahal admeasuring 1,717 square feet and 4,936 square feet.

The reports highlight that due to the high amount of debt issued in the name of ADAG, Yes Bank had piled up bad loans. In early 2020, State Bank of India-led consortium had bailed out Yes Bank’s high amount of non-performing assets worth Rs 10,000 crore. In March, RBI and the government superseded the Yes Bank’s board and appointed a new CEO and board.

In 2018, Reliance Infrastructure had sold its energy business to Adani transmission worth Rs 18,800 crore which further aided the company to pay off its debt of Rs 7,500 crore.

While the international flights had been banned since March, Brazil has opened its borders for foreign tourists. People with health insurance during their time-span in the country are allowed, the government said in an official order without stating any reason for the announcement.

The country records a daily of 69,074 new positive Covid-19 cases, as per the official data from the ministry. On Wednesday, Brazil had witnessed around 1,595 deaths. As the world’s second-worst country, Brazil’s Covid numbers are accelerating towards 100,000 affected people. The United States being the worst country, has around more than 2.5 million confirmed cases and around 90, 134 deaths, since the inception of the pandemic.