Air traffic numbers will bounce back to its Pre-Covid numbers by Diwali, says Hardeep Puri 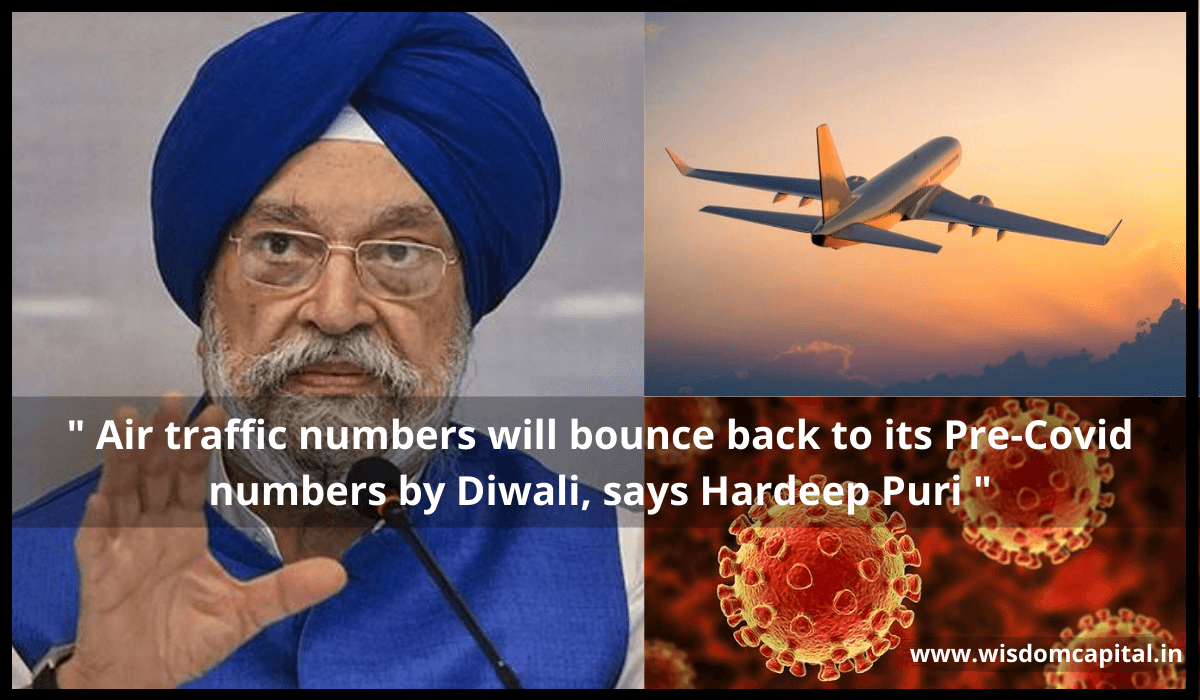 Air traffic numbers will bounce back to its Pre-Covid numbers by Diwali, says Hardeep Puri

During an Idea Exchange event organised by The Indian Express, Minister of State for Civil Aviation (Independent Charge), Hardeep Singh Puri said that the air traffic will be back in form by Diwali.

The centre has allowed the states to operate around 45 per cent of its pre-Covid numbers. Initially in May while the flight operations were resumed, this cap was around 35 per cent.

He also informed that Centre will allow more flights from Mumbai and Kolkata which have been facing restricted operations so far. While major states have re-commenced their flight operations, there are several flights operating currently. Mumbai airport, for now, operates 100 flights in a day. However, there are few restrictions from Kolkata to Delhi, Mumbai, Pune, Chennai, Nagpur and Ahmedabad until August 31.

Puri also added that flight operations will depend on the behaviour of the virus. “I cannot anticipate whether countries will allow people from India in, but we have gone ahead and made the best out of a very difficult situation, navigated through turbulence, and today we have air bubbles with the US, Canada, the UK, France and Germany. We have announced 13 more,” he said.

Aviation is one of the major sectors severely affected by the outbreak of the pandemic. As per CAPA India, India’s airline industry is projected to face losses worth $4-4.5 billion in FY20-21. Puri added, “In our case, we started with a mandatory 14-day quarantine, seven days institutional and seven days self-quarantine. The states have now come up with an innovation of allowing people green signal with a certificate of an RT-PCR test done in the last 96 hours. These things are done to normalise the situation.”

The Minister of State also said that resuming of flight operations is done to save the aviation sector from further overarching losses and the government is ‘navigating its way forward’. Puri said that different airlines are in different financial positions. There are some which were under strain even prior to Covid as well. There are others that are a little more comfortable because they are tied to bigger business establishments.


Speaking on the privatisation of the Thiruvananthapuram airport, Puri said that if Kerala government was not in favour of privatisation then it shouldn’t have participated in the bidding process. Adani Enterprises has outbid the Kerala state government entity KSIDC by 19.64 per cent which has made the state entity ineligible for the match of the winning bid. If the bid was within 10 per cent then it could have exercised its bid.

The State of Kerala is already running two privatised airports in Kochi and Kannur making it an experienced holder in the bidding process and procedures.