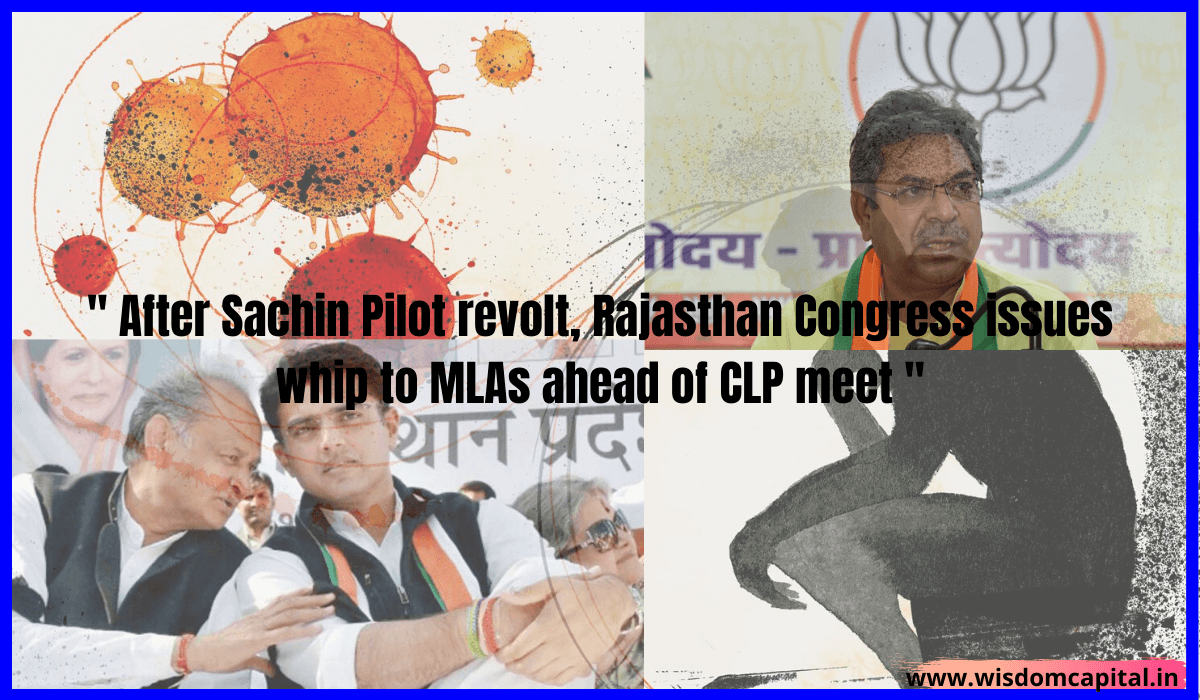 Ahead of the Congress Legislature Party to be held in Jaipur today, the Congress is staring at a cliffhanger in Rajasthan, where its number two leader and Deputy Chief Minister Sachin Pilot has revolted and may make it official by skipping the crucial meeting called by his chief adversary, Chief Minister Ashok Gehlot, this morning.

Sachin Pilot, 42, is in the capital with MLAs loyal to him; the Deputy Chief Minister claims he has the support of 30, enough to bring down the Congress government.

The Congress called a press meet at 2.30 am to deny any crisis, claiming the support of 109 in the 200-member assembly.

The party has issued a whip for its MLAs, warning of action if they skip today’s meeting. According to sources in the Congress, the party cannot afford to lose another state, as it has already lost Karnataka and Madhya Pradesh even after forming the government following assembly elections there.

While the top Congress leadership was tight-lipped about the strategy for Rajasthan, some senior leaders said efforts were underway to keep all 107 MLAs together to avert any potential threat to the government in the wake of Pilot’s claims of support of 30 MLAs. The Congress is also assessing the future moves of Pilot and his bargaining power with the BJP, which the senior leaders alleged is the principal spoiler in the game.

According to sources, the Congress party is working for a possible last-minute turnaround by Sachin Pilot, who is also chief of the Congress in Rajasthan.

Meanwhile, Chief Minister Gehlot has alleged the BJP of conspiring to topple his government by indulging in horse-trading, a charge denied by the opposition party.

The BJP has been in a “wait and watch” mode over the unfolding crisis in the Congress in Rajasthan and will closely monitor Ashok Gehlot’s meeting as it decides its next course of action, party sources said yesterday.

The World Health Organization (WHO) has reported another record in the rise in the number of confirmed Covid-19 cases over a 24-hour period, at over 230,000. The previous global record was on Friday, when over 228,000 fresh cases were recorded.

As per the Johns Hopkins University tracker, which relies on official government data, a total tally of close to 12.9 million cases were registered worldwide on Monday, and 568,296 deaths.

The true global infection and death totals are expected to be on the higher side due to delays in reporting, differing definitions and testing rates and suspected underreporting from some nations.

The UN health agency said yesterday that the United States again topped the list, with more than 66,000 cases registered, while Florida confirmed the highest one-day case rise ever for a US state on yesterday, with 15,000 new cases.