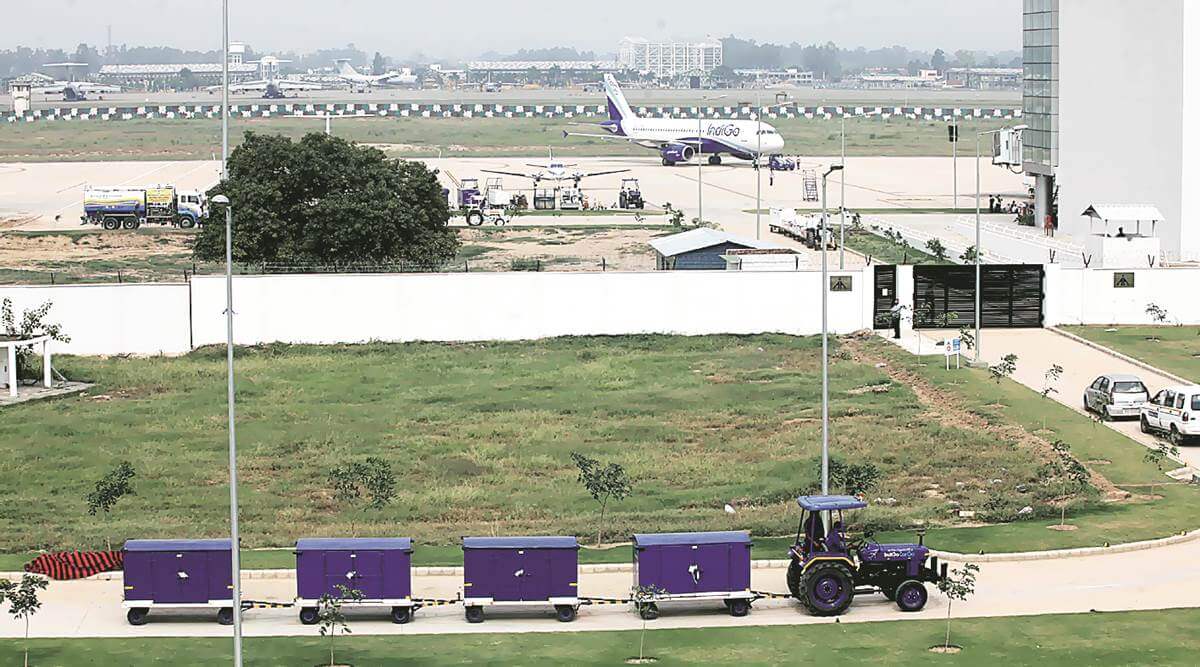 The Airport Authority of India (AAI) today issued a standard operating procedure (SOP) for airports for resumption of domestic flights a day after the Centre announced that domestic flights will finally start taking to the skies from Monday (May 25) in a calibrated manner, exactly two months after operations were suspended as part of the national lockdown ordered to curb the spread of coronavirus.

The Government–run AAI said in a statement that passengers must mandatorily walk through a thermal screening zone before entering the airport terminal building and all have to have the Aarogya Setu app  on their mobile phones. The app will not be compulsory for children below 14 years of age.

The statement added that airport operators must make appropriate arrangement for sanitisation of passengers’ baggage before entry into terminal building.

Meanwhile, shares of two listed aviation companies rallied today on the BSE after Civil Aviation Minister Hardeep Singh Puri informed yesterday that domestic airline operations will resume from airports across all major cities in the country from 25 May.

Stocks of the country’s largest passenger airline, InterGlobe Aviation, and the budget carrier, SpiceJet, rallied up to 10 per cent on the sensex today in early morning trade.

Stocks of InterGlobe Aviation, which operates its flights under the IndiGo brand, has rallied 10 per cent to Rs 1,002 in the opening deals. It was trading 9.4 per cent higher at Rs 997.25 on the BSE.

Shares of SpiceJet was locked in the upper circuit of 4.9 per cent at Rs 42.95 on the BSE. Nearly a combined 181,000 shares traded on the counter and there were pending buy orders for around 7 million shares, the exchange data shows.

Welcoming the Civil Aviation Ministry’s move, SpiceJet Chairman and Managing Director Ajay Singh on Wednesday said that while the Standard Operating Procedure  (SOP) for the resumption of services and details of flights to be operated is still awaited, the airline is sure that this much-awaited move will help a large number of passengers by providing them access to the safest and quickest means of transport.

Top airline and airport officials are scheduled to meet Directorate General of Civil Aviation (DGCA) executives today to discuss matters related to resumption of air services, according to a media report.

Credit rating agency CARE Ratings said in a note that the recommencement of flights after two months of being grounded will offer some temporary relief to the airlines sector as it will not be completely non-operational but it does not mean it will be able to stimulate the needed passenger traffic given how the virus is showing no signs of abating.

India had stopped all flights since 25 March when the Centre first imposed a nationwide lockdown to mitigate the spread of COVId-19. The shutdown has since been extended thrice. The current shutdown will continue until 31 May.