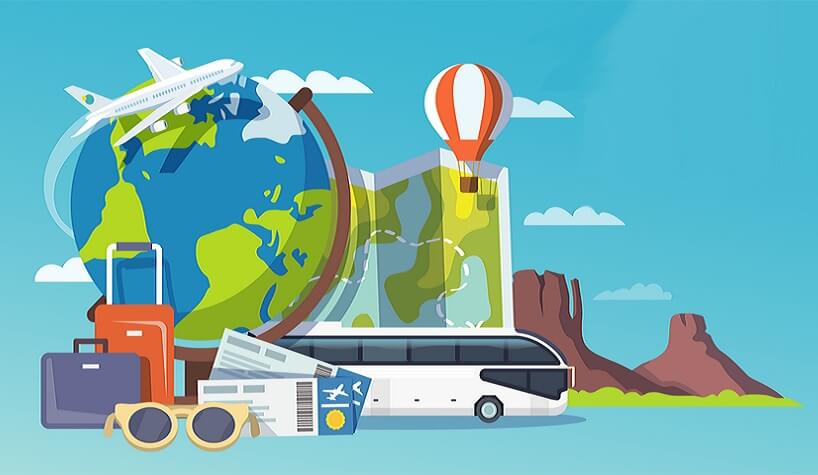 Since the outbreak of COVID-19, which has claimed nearly 60,000 lives worldwide and affected 205 countries and territories, few sectors have fallen as far and as fast as travel, tourism and hospitality sectors.

The technological disruption that fuelled one billion trips a year and brought the world closer by making travel and tourism simple and affordable is helpless in halting a virus that demands we stay at home.

Taking a snapshot of the losses in the tourism industry that currently accounts for 10% of global GDP, is difficult, as the data changes as rapidly as the highly-contagious virus spreads, but Confederation of Indian Industry estimates suggest that there could be an estimated job loss of 4-5 crore and the revenue loss is pegged around ₹1.58 lakh crore.

Dineout, India’s largest dining out and restaurant technology solution platform,  filed a petition #ReliefForRestaurants on change.org to Minister of Finance and Corporate Affairs Nirmala Sitharaman. The petition states that out of the 7.3 million people employed by the Food &Beverage sector, 20-25 per cent of the employee-base could lose their jobs if this shutdown continues.

The forecasts for the sector by international bodies are not encouraging either.

The World Economic Forum, too, paints a gloomy picture for the industry: Of the 50 million jobs in the global travel and tourism sector at risk, around 30 million would be in Asia.

These potential job losses are giving sleepless nights to millions of families across the world.

According to sources in the Union Ministry of Tourism, the Centre is planning to help the sector with soft loans, working capital and deferment on loan repayments.

Urging the government to pronounce immediate sectoral relief for the industry, CII National Chairman Tourism Committee Dipak Haksar says the industry will see cash flows starting to improve only in November, 2020 and perhaps get to normal levels by early 2021.

Madrid-based World Tourism Organization  had predicted at the beginning of 2020 that international tourism would grow by 3.0-4.0 per cent, but on March 6 it revised its forecast due to the growing spread of COVID-19 and instead predicted the decline of 1.0-3.0 percent.

India usually observes a healthy flow of foreign tourists from October to December, which starts coming down from January till May and again improves during monsoons.

With travel bans in place as governments around the world announce lockdowns to contain the spread of the disease, in February 2020, 1.01 million foreign tourists arrived in India compared to 1.08 million in February 2019, registering a year-on-year decrease of 6.6 per cent already.

This was the sharpest decline since 2015 and also the first in the month of February.

So does that leave domestic tourism as the only focus for countries like India that rely significantly on tourism revenue?

It could be the case and depends on how quickly we are able to flatten the curve or slow the spread of the virus over a number of months so that fewer people become infected and need health care at any given time.