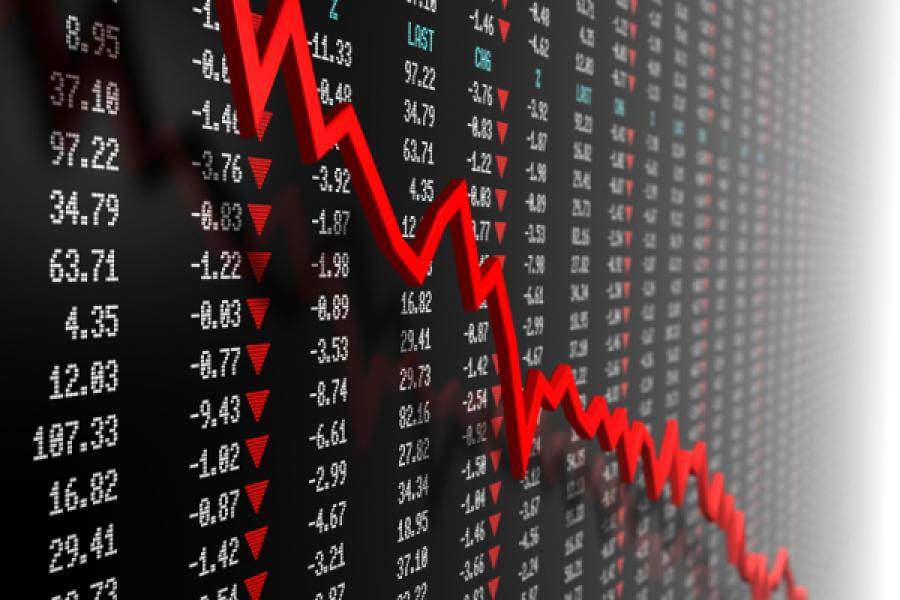 Even though the US Federal Reserve slashed its interest rate by a full percentage point to nearly zero to help the US economy deal with the impact of the COVID-19 pandemic, investor sentiment continues to take a hit.

Today has been another day of carnage on Dalal Street, with Indian benchmark indices trading nearly 8 per cent lower, dragged down primarily by bank stocks.

The broader Nifty50 index closed at 9,199, down 820 points, or 7.6 per cent. All sectoral indices on NSE were in the red with Nifty Bank, Nifty Private Bank, and Nifty PSU Bank indexes taking the deepest cuts.

Infosys, ICICI Bank and Axis Bank were down in the range of 10% to 11%, while HDFC, SBI, Federal Bank and Power Finance Corporation were down 8% to 9% on the NSE.

The drubbing for stocks follows the US Federal Reserve dramatic move not seen since the depths of the 2008 Lehman crisis. The Fed’s move was made in coordination with efforts to support the global economy by the Bank of England and the Bank of Japan.

In an attempt to cushion the rapidly growing economic effects of the coronavirus pandemic, Reserve Bank of India Governor Shaktikanta Das said the central bank is ready to act to mitigate the impact of coronavirus on the economy.

While he didn’t announce an ’emergency’ rate cut (as anticipated),  a slew of measures including Rs 1 lakh crore LTROs to ease liquidity was announced.

On interest rate cuts, the Governor said the rate decision will be taken in the RBI’s Monetary Policy Committee meeting.

On Monday, central banks of Australia, New Zealand and South Korea, too, took measures to help their economies fight the effects of the pandemic.

The Reserve Bank of Australia, pumped extra liquidity into a strained financial system and said it would announce more policy steps on Thursday, while the Reserve Bank of New Zealand cut interest rates by three-quarters of a percentage point to a record low on Monday.

The international and domestic response to combating coronavirus that has infected over 169,000 people globally and killed more than 6,500, has led to huge swings on the Indian stock exchange and other international markets in recent times.

Friday witnessed a highly volatile trading session, with the benchmark BSE 30 index bouncing back from a nearly 10% drop to end in a positive territory.

There was not a sector unscathed in the falls last week.

However, sell-offs this aggressive usually have some big bounces along the way, as we have seen earlier. Markets bounce back smartly after such drastic falls and produce many multibaggers. For instance, around 375 BSE-listed companies surged between 300-1,47,854 per cent during the next five years after the stock market crash during the 2008 financial crisis.

Meanwhile, it wasn’t a blockbuster listing on March 16 for SBI Cards and Payment Services Ltd,  a subsidiary of country’s largest lender State Bank of India .

Impacted by the dampened market sentiment surrounding the spread of the novel coronavirus or COVID-19, India’s largest float in over two years, made a weak debut on exchanges today with shares opening at Rs 661 on NSE, at about a discount of 12% as compared to its issue price of Rs 755, amid a selloff in broader markets.

Unfortunately, the card company listed at a time when investors are nervous about the potential economic impact of the coronavirus pandemic.

Although SBI Cards shares soon pared most of its losses and were trading flat at Rs 750, it could not hold the same for long.

However, given it is the second-largest credit card issuer in India with deep industry expertise and a demonstrated track record of growth, Wisdom Capital, one of India’s top discount brokerage firms, believes that long-term investors can continue to look at the counter.

The ₹10,350 crore IPO was subscribed over 26 times and had closed on March 5. The qualified institutional buyers or QIB category was subscribed 57.18 times while retail over two times.