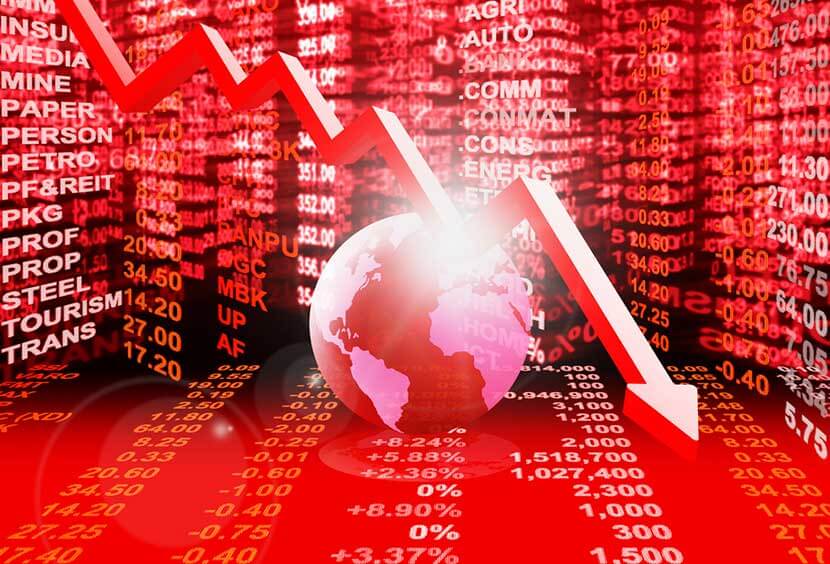 The fear among investors and traders about the novel coronavirus pandemic and its devastating effect isn’t going away despite promises of massive support for business by the government and the central bank. The continuing collapse in stock markets suggests that investors think the reality could be beyond the powers of central banks to stop.

Domestic stock markets suffered big losses in early trade today following a gap-down opening, in sync with the global peers’ continuing struggle to find their footing against the coronavirus pandemic.

The market was dragged down today by collapsing entertainment, travel and education stocks, but every sector shared in the pain.

Wisdom Capital says domestic fundamentals have taken a back seat as we witness prices of commodities collapsing as the slump in global demand from China has resulted in an oil price war between two giant global producers of crude – Saudi Arabia and Russia.

The number of coronavirus cases in the country saw a steep spike today. The Union Health Ministry states that 166 people have tested positive in the country so far. Two new cases were reported from Mumbai, and one each in Karnataka, Tamil Nadu, Telangana and Chhattisgarh on Thursday.

Governments across the world have taken drastic steps as they seek to slow the spread of the virus, with European Union member nations agreeing to close the EU’s external borders to most people from other countries for 30 days.

Extreme volatility across markets has created considerable anxiety amongst investors and traders trying to gauge the effectiveness” of various healthcare, monetary and fiscal policy responses.

On Sunday, the Fed cut interest rates to near zero and pledged to buy hundreds of billions of dollars worth of government bonds and mortgage-backed securities with freshly created money.  But the air of inevitable decline was blatant. This is happening inspite of US President Donald Trump’s boundless enthusiasm for the US economy. However, his enthusiasm appears to have sagging in the face of what promises to be a widespread economic slowdown, as he acknowledged Monday that the country might be heading toward a recession.

While it’s always difficult to compare times through history, we at Wisdom Capital would say this is as bad as we’ve ever experienced!