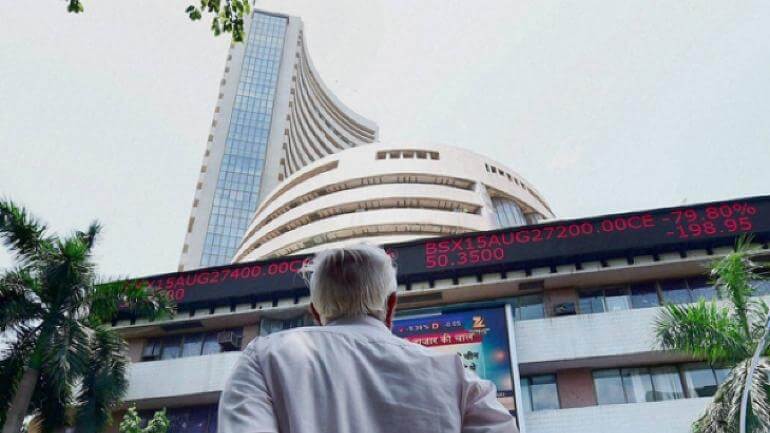 Even as Indian stock markets recorded some of the most dramatic moves of the day with Sensex recovering from an intraday loss of about 3,300 points to close about 1,300 points higher, nervous investors still remain deeply concerned about the economic effects of coronavirus and the risk of a looming global recession.

On Friday the 13th morning, the Indian stock market opened on a rough note and trading stopped as shares plunged, with benchmarks sinking as much as 10% amid rising worries that the economic damage from the coronavirus pandemic cannot be countered any time soon.

Nifty 50 index crashed by 10% while BSE Sensex skidded by 9.4% at the open, triggering circuit breakers that led the Indian stock exchange to halt all market trading for 45 minutes.

For the uninitiated, the market circuit breakers are designed to help halt market free falls, give investors and traders time to assess market systems, trading strategies, absorb the information and make decisions based on market conditions.

According to rules by market regulator Securities and Exchange Board of India or SEBI on circuit filters, trading needs to be halted for 45 minutes when Sensex or Nifty plunge 10%.

This is the first time that the Indian market has hit the lower circuit in 12 years.

The Standard & Poor’s 500 index shed 9.5 per cent, for a total drop of 26.7 per cent from an all-time high set just last month. This figure is way above the 20 per cent threshold for a bear market, officially ending Wall Street’s unprecedented bull-market run of over a decade.

The Dow Jones Industrial Average fell 2,352 points, or 10 per cent.

Although on Friday, European stock indexes are recovering some ground, on Thursday the markets sank 11 per cent in worst one-day drop ever on coronavirus fears as traders reacted to US President Donald Trump’s ban on travel to the US from Europe, and the European Central Bank’s decision not to cut interest rates.

HDFC, which ended 10 per cent higher, and State Bank of India, which zoomed 14 per cent, led the rebound. Reliance Industries was also up over 5 per cent. At the closing bell, 27 out of the 30 Sensex constituents ended in green.

The volatility index, commonly referred to as fear gauge, also cooled off a bit after soaring 44% to its highest in over a decade.

Meanwhile, stocks in Asia Pacific too traded wildly on Friday following a historic day of losses.

According to the World Health Organisation, more than 4,900 people have died and over 132,000 have been infected globally.

Late Thursday, the Union Ministry of Health reported the country’s first death from the coronavirus. The reported number of infected cases from coronavirus in India has risen to 74 on Friday.

As one of the pioneer domestic brokerage firms, Wisdom Capital can affirm that this week will go down in history as one of the worst weeks for the domestic share markets – Sensex down 8.55 per cent while the Nifty50 index slipped 8.90 per cent in the week.

Earlier it was thought that the virus would remain mostly in China and global economies would remain largely unaffected. Now investors are seeing the damage and disruptions rise, with panic sell-off.

As with each passing day the news doesn’t get better, it simply gets worse and we get a sense of the dire impact on the economy, the question worth asking here is: How and when do you get this virus under control?

Online traders like us expect public fear and economic disruption to continue to rise through the end of this month. Daily swings of several percentage points will be commonplace in global markets over the next couple of weeks.

With cities and states taking dramatic steps to close down public gathering spaces and suspend sports, every cloud has a silver lining.

The one in this pandemic is: Indian greeting ‘namaste’ has gone global in an effort to stop the spread of the coronavirus.